Home » Misc » How to dance pentozali

How to dance pentozali

The of Crete is found with:

Sung couplets called kondilies often provide accompaniment for Siganos, which may have developed from these songs. Siganos followed by Pentozali may be a stage choreography, because Cretans rarely dance Pentozali as a participatory dance but as a performance dance. Pentozlis can follow any number of kondylies melody sequences; the Anoyianes kondylies are popular. Kondylies occur in both siganos and in mandinades (poetry sessions), but not simultaneously. Dance and poetry sessions occur separately.

Many song-dances exist in Greece, sung a cappella, for a 6-count pattern dance.

Young Cretan dancers display skill through Malevisiotikos, also a display of skill for the lyra-player.

While Siganos/kondylies and improvised Mandinades appears to be older, the popularity of Siganos may be more recent than that of the pidichta dances (Sousta, Pentozalis, Maleviziotikos, etc.). The Cretan Syrtos became popular relatively recently and resembles Siganos. 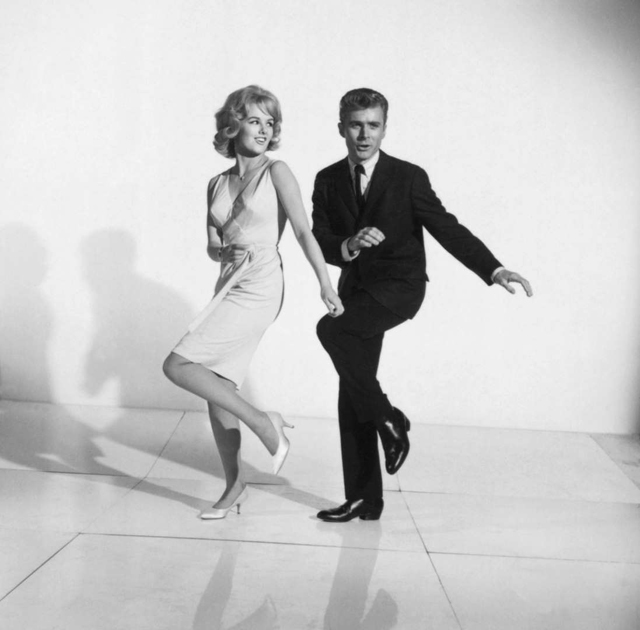 The dances of Crete are danced by men and women and remind the imposing and dynamic presence of the people of the island.

The Cretan dances are divided into two large groups, the quick (“pidichtoi”) and the round (“sirtoi”). The quick dances remind war dances especially if they are danced by men. The round dances are more popular in marriages while, in the ancient times, were danced by the Minoans during sacrifices.

It is said that the first dance started in Crete, spread to the rest of Greece and, then, changed. “Pirichios” was the dance that inspired the creation of other dances and was taught in all over Greece. It was a war dance that reminds “pentozalis” (i.e. a Cretan quick dance).

The myth of the birth of Zeus confirms the ancient relation of the Cretans with that form of expression.

It is said that Rea wanted to give birth to Zeus in Diktaio Antro in order to protect it from Kronos’s (his father) rage as Kronos knew that Zeus would take his place as the god of the gods and goddesses. In order to protect her child, Rea taught a dance to Kourites tapping their shields and covering the sound of the baby’s cry.

Twenty-five dances are recorded in the Cretan dance inheritance, not known in the whole island as each one flourished in a different area of Crete. Many of them are named “siganos” (i.e. slow) or “pidichtos” and the place name in where they were danced. So there were many slow and quick dances. Other dances are gitsikia sousta, glikomilitsa, rodo, fterotos sirtos, koutsampadianos, trizalis, apanomeritis, mikro mikraki, mprimianos or priniotis, agaliastos, ksenompasaris, zervodeksos, steiakos, lazotis and ntournerakia. The most popular dances are only five, sousta, siganos, malevizotis, sirtos or chaniotis and pentozali.

Sousta falls under the quick dances category and comes from Rethimno.

It is danced by (men-women) couples and reminds a love story, from the time of their meeting till their marriage. In the ancient times, sousta was a war dance but, through the years, it became a love calling. Its name came from the Latin and means a spring.

Siganos was the dance of the bride in the central and eastern Crete. It came from the Rethimno prefecture and is a slow dance that both men and women hold each other’s shoulders and make a circle. According to tradition, siganos was created by the Cretans during the Turkish Occupation as the Turks invited Christians in their feasts in order to make the women dance. They had rubbed the floor with a plant in order to slip and fall down. That is why the Cretans invented that dance and asked from the lyre players to play siganos in order not to have accidents. It is also said that siganos was invented by the Cretans when the Turks prohibited the quick-revolutionary dances. The Cretans made siganos in order not to forget pentozali with whom it looks like. 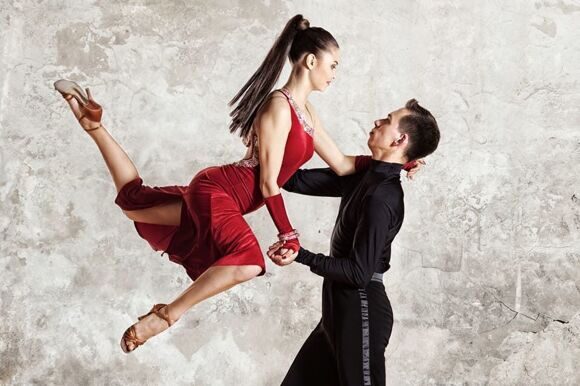 That is why, after siganos, pentozali is played.

Maleviziotis or kastrinos or pidichtos is a dance from the Malevizi district of the Heraclion prefecture. It is a quick dance in a circle. “Talimia” that means dance evolutions are also made during maleviziotis. The first man in the circle holding the hand of the second one, he performs dance evolutions.

The most popular dance is chaniotis or sirtos. Sirtos is danced in a circle and made in the middle of the 18th century, after the change of an older sirtos dance. Chaniotis was danced for the first time in Kissamos of Chania. The famous melody in the “Aleksis Zormpas” film is based on an old chaniotis.

Pentozalis or (more correctly) pentozali falls under the quick dances category. It is performed in a circle and, mostly nowadays, after siganos. It was created in the Kissamos province, about in 1770, during the Daskalogiannis Revolution. It is said that, in every important event of his life, Daskalogiannis wanted a new dance to be created or a new melody to be written. 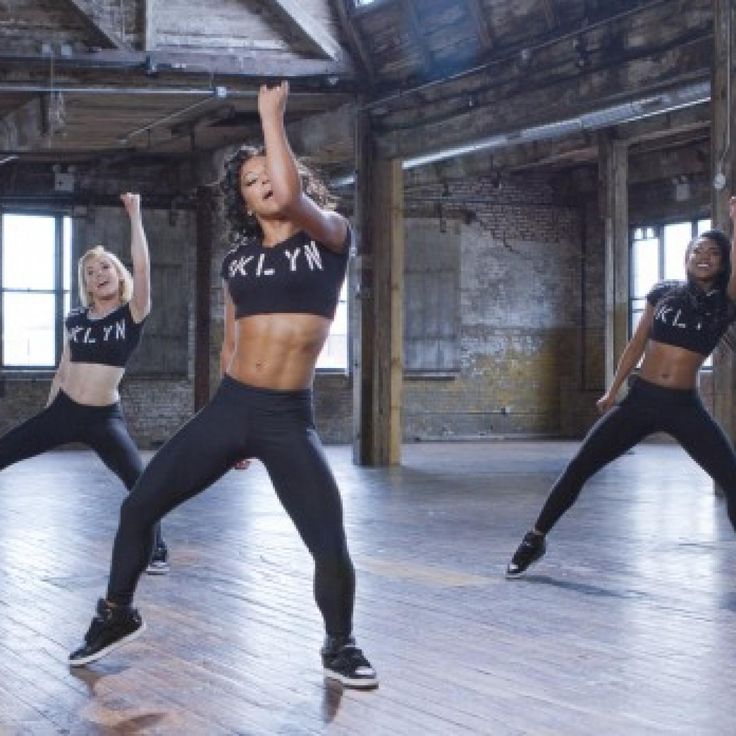 So he asked from the musician Stefanos Triantafilakis to compose a pentozalis dedicated to their fifth revolution against the Turks. Pentozali is performed with 10 steps that remind the decision of the people of Sfakia to start the Revolution on the 10th of October 1769 and the music has twelve parts (musical expressions, turns) in the honor of the twelve ringleaders of the revolution.

The Cretan dances are not in danger of extinction as it is an inseparable part of the Cretans’ social life. There are also many variations from place to place and from man to man.

Pentosali is one of the most dynamic Cretan dances created during the preparations for the fifth Cretan uprising against the Turkish invaders in 1769. 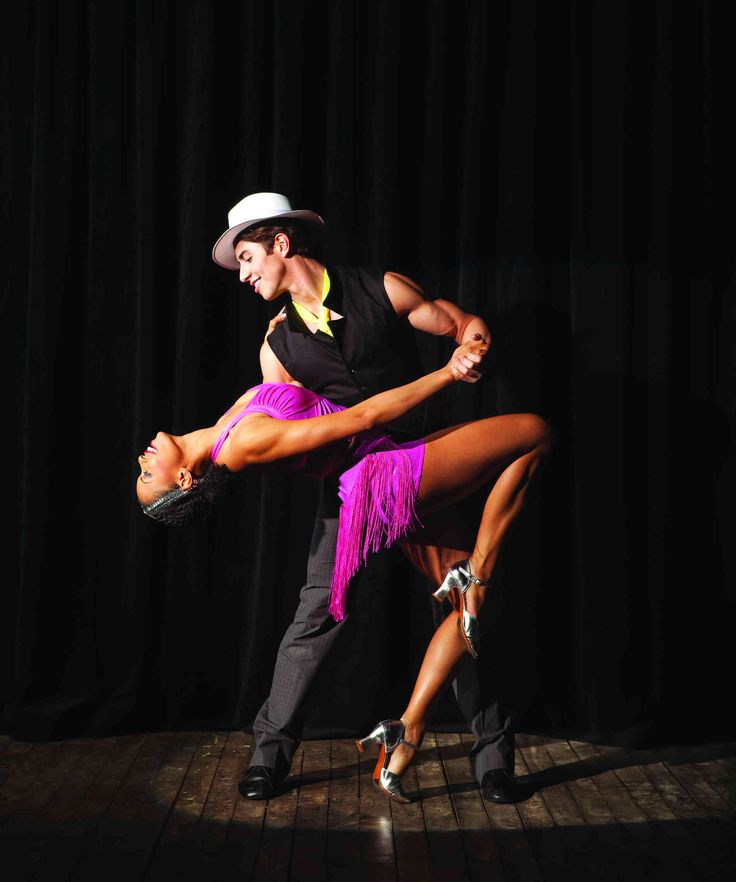 Interestingly, Pentozali is not only a dance, but also an encrypted message from the leader of the uprising, Giannis Daskalogiannis, to the revolutionaries.

It is believed that the Pentozali dance owes its invention to Giannis Daskalogiannis, a native of the village of Anopoli in the Sfakia region. At that time, for more than a century, the island of Crete was in the power of the Ottoman Empire after the Turkish-Venetian war of 1645 - 1669gg.

Freedom-loving Cretans rebelled against Turkish oppression, but it was all in vain. The Turks suppressed the uprisings, in retaliation they executed participants and burned entire villages. The population of Crete was rapidly declining.

Yiannis Daskalogiannis decided to gather an army to drive the Turks out of Crete. At the same time, Russia was at war with the Ottoman Empire for access to the Black Sea, so Daskalogiannis enlisted the support of Empress Catherine II and the Orlov brothers, who promised to help him in the offensive. Daskalogiannis needed to gather as many people as possible to overthrow the Ottomans, but the problem was how to notify his followers of the impending uprising. The fact is that the villages in the Sfakya region were far from each other, and it was risky to send a letter, since the Turks could intercept it.

Then Daskalogiannis decided to encrypt his message into a dance. He approached the maestro of the Cretan lyre, Stefanos Triandafilakis, also called Kyoros, and asked him to compose revolutionary music to create a martial dance similar to that of the Dorians who lived in Crete centuries ago.

Kioros, a musician, walked around the villages playing the Cretan lyre without arousing any suspicion among the Turks, and the locals performed a dance to this music. Meanwhile, in the created battle dance of Pentosali, the message was encrypted:

Men in the dance held each other by the shoulders, which personified cohesion and unity. 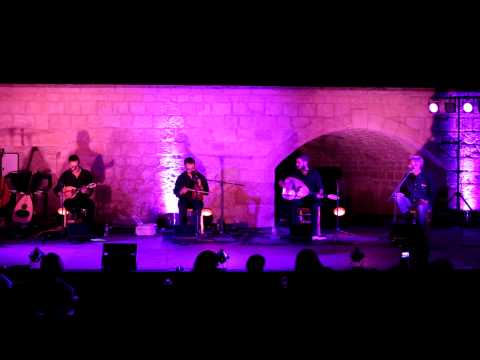 Each of the performers, in turn, had to jump high to give courage to their comrades, and by kicking their feet on the floor, they showed that they would move forward and not retreat. That they will fight against the Turkish yoke until they gain freedom or death.

Several centuries have passed since those events, but the music and dance of Pentozali cannot leave us indifferent. Looking at the dancing Cretans, you feel an incredible surge of inspiration, and your legs themselves begin to beat the rhythm.

* Meta Platforms Inc. (Facebook, Instagram) - an extremist organization whose activities are prohibited on the territory of the Russian Federation

Studying the history of religions, especially their most archaic forms, one involuntarily becomes convinced that dance in ancient cultures was a form of prayer: the same sacrifice to God of oneself, one's energy and strength, as the hard work of building temples ( sanctuaries, megalithic buildings), and the same emotionally filled process as chanting in hymns and doxologies. 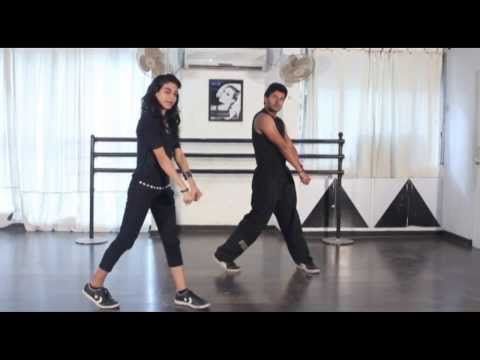 Moreover, the song, music and dance were most often inextricably linked in the general semantic field of the rite.

From this point of view, the culture of Ancient Greece is, of course, a dancing culture, unlike, for example, modern Christian restraint in showing feelings even for the revered and sacred. Although even here one can argue, since not all Christianity is the same and, perhaps, you have seen the broadcasts of the convergence of the Holy Fire, where Arab Christians beat drums, dance, sing or shout loudly “Jesus Christ is our God.” Yes, and Pavel Florensky in his work “Temple Action as a Synthesis of Arts” speaks of a kind of church choreography, “appearing in the regularity of church movements at the entrances and exits of the clergy, in the convergence and ascension of faces, in going around the throne and temple and in church processions.” Adding a very important thought for me that “He who has tasted the spell of antiquity knows well to what extent it is all antique and lives as a legacy and the only direct branch of the ancient world, in particular, the sacred tragedy of Hellas.

Well, as always, I think that the origins of such Greek dancing can be found in the Minoan and Crete-Mycenaean cultures. In the Heraklion Museum you can see groups of clay figurines depicting women whirling in a dance, dating back to the 17th-13th centuries BC. Images on jewelry, seals and vessels also indicate that dance was a very important part of the Minoan ritual. Not far from Knossos, round-shaped platforms were found, which are considered to be dancing. Mentions that certain dances came to Greece from Crete are also found in ancient literature from Homer to Pausanias and Pliny.

Plutarch, for example, tells that, having stopped on the island of Naxos, Theseus dances the geranos, the dance of the crane: “measured movements first in one direction, then in the other, as if reproduce the intricate passages of the Labyrinth.” Daedalus is also credited with the construction of the dance floor for Ariadne, where he laid out all the figures with white relief marble, copying them from the Egyptian labyrinth. 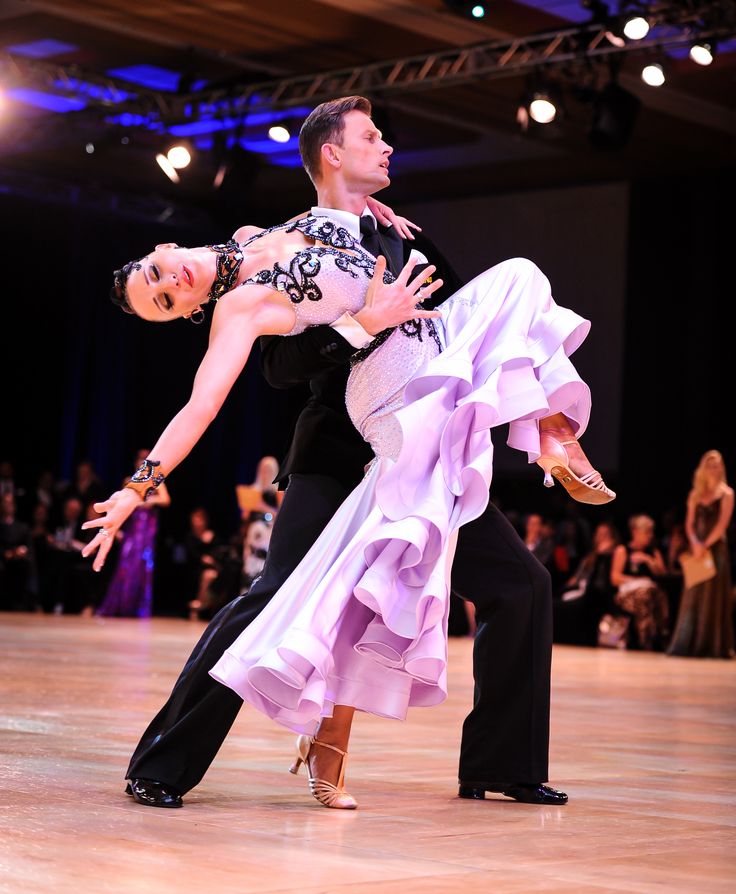 Eustathius writes that the crane dance at Knossos was the first dance in which men and women danced together. Lucian lists such themes for dances in Crete: Europe, Pasiphae, two bulls, Labyrinth, Ariadne, Phaedra, Androgeus, Daedalus, Icarus, Glaucus, Polyides, Talos. Geranos is described by Pollux: “The “crane” danced all together one after another in rows, and at both ends of each row there were their own leaders.”

Here I cannot fail to point out that until now in Crete this type of dance is considered primordial, folk, and every Cretan can dance one of its varieties. For example, I’ll just attach a video of an excellent flash mob in Chania, when the entire embankment danced “pentozals”. Well, how can one not recall sirtaki, which, although not a folk dance, was created on their basis and largely repeats the traditional “hisapiko”.

As for Dionysianism, I will step on my song's throat, since this topic requires a separate discussion. 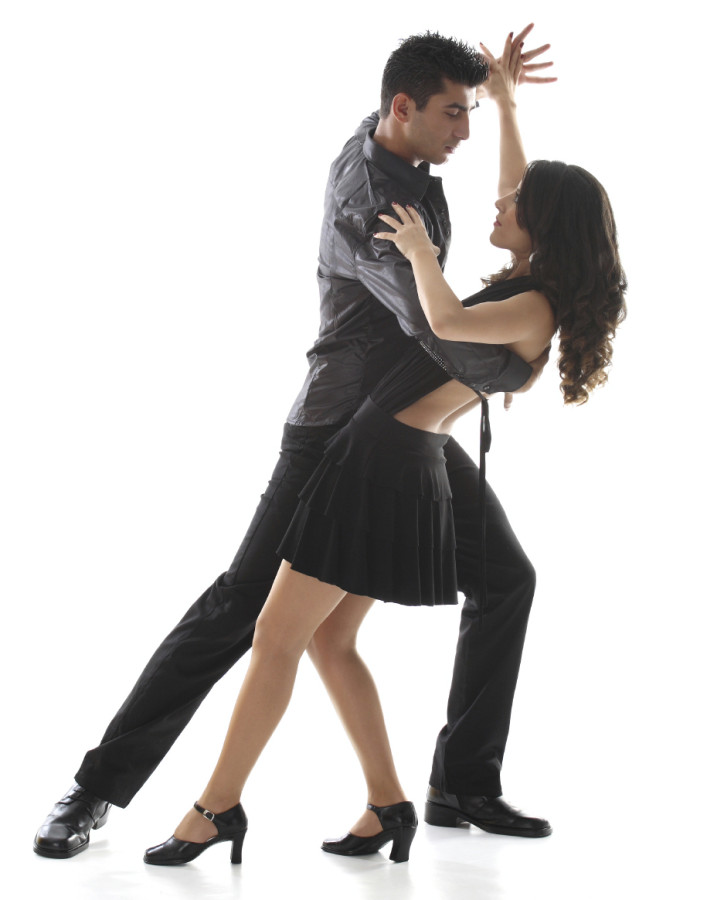