Home » Misc » How to dance kolo

How to dance kolo

*a Living dance is a 1st Generation dance that is still performed in the country of origin (or immigrant communities) as part of a social event like a wedding where others can participate (not for an audience) by people who learned the dance informally (from friends and relatives by observation and imitation, not in a classroom situation). For more information, click here and here.

Many names for essentially the same dance.  It’s the most popular dance in Serbia, also common in Croatia, & Bosnia. So common, in fact that if someone says “Let’s dance kolo”, this is the kolo they’re talking about.  Moravac, the name of a melody, tends to be slower and simpler, Užičko (a more recent melody) tends to be faster. The basic pattern in both cases is 8 counts to the R starting on the R foot, then 8 counts starting to the L on the L foot.   Whatever footwork you do to the R, you repeat mirror-image to the L.

Here’s Užičko in action (below)

This one (below) demonstrates how people can dance differently in the same line.

Here we are in Bosnia (above)

And among Croatians, where its sometimes called Kukunješće

It can be sedate (above), or energetic (below)

Here’s some fancy steppin’ (below and below)

In 7/8 time, it becomes Žikino Kolo (also popular in Turkey, below)

Can You Kolo? Songs and Dances from Old Yugoslavia

Music of, by, and for the people Summary
In this unit, students will listen to music from Serbia and Croatia. They will identify the traditional instruments used in this music, including tamburitza, frula, and accordion. They will also learn to dance two simple kolos, an important traditional dance that originated in Serbia but is widespread throughout Croatia, Bosnia, Herzegovina, and Slovenia, and is danced today in American communities.

Note that with this step, there is no traveling: Just back and forth movement

Assessment: The students should be able to perform their dance to the beat of the music.

Assessment: Students should be able to perform the dance with an accuracy of beat and stepping movements.

Extension: If the kolo was performed as a line dance, try it as a circle dance. Perform the U Sest kolo from the second lesson segment, which is much faster. 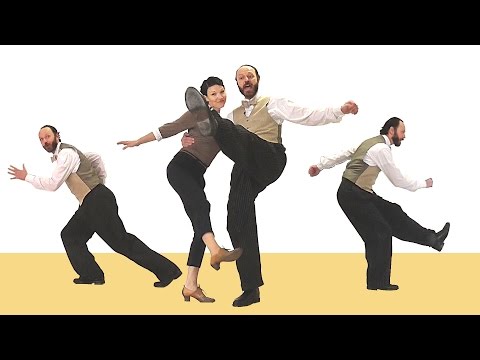 Assessment: Students should be able to dance the U Sest kolo in time to the recording.

Suggested Reading:
Liner notes from the three Smithsonian CDs used in this lesson:

It is difficult to imagine a person's life without dancing. They are a real embodiment of art - complex and multifaceted. And, of course, each country has its own unique dance, which describes the mentality and character of the people with its movements.

In Serbia, this is the Kolo dance.

The most common figure in Serbian folk dances is the round dance, as in all Balkan countries. Kolo is the name of the South Slavic folk round dance. Kolo is completely different: at a fast and slow pace, separately for women and men. But the general movements remain the same and recognizable. The dancers hold each other's hands, put them on the shoulders or waist of the rest. Movements are performed in a closed circle (hence the name), less often - in an open ring. In this case, the dancers standing at the edges of the semicircle twist the scarves in their hands. The rest of the participants at this time can stomp, rotate around their axis or squat.

In some regions, kolo is performed differently. Sometimes the performers strictly keep the drawing, but at the same time they do not join hands. This position is called "povorka" or "vrsta" - this is an unrelated type of dance. Another performance of the dance is transitional from unbound to bound, when the performers hold hands, handkerchiefs, towels, necklaces in their hands. 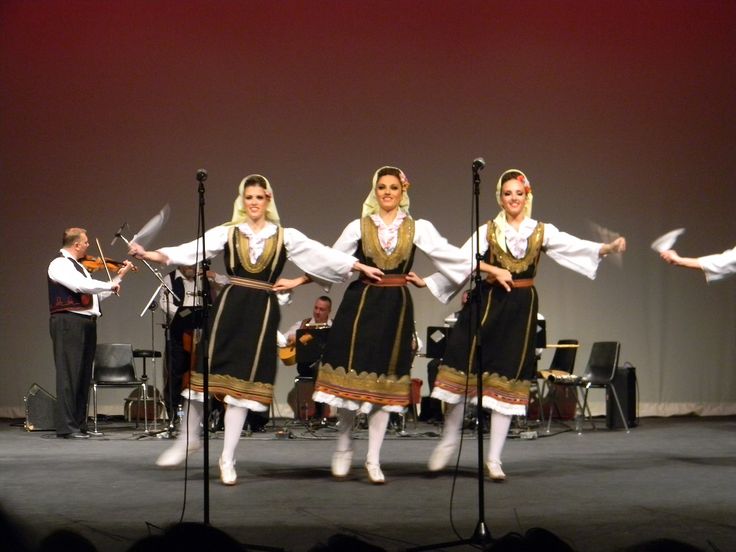 In this position, they can move in a chain, in a circle, form hoops, etc.

Usually the dance is performed to traditional instrumental music: for example, accordion, tamburitsa, shargia or frula.

As with any folk dance, the kolo also has its own traditional dress. Men wear hats, long shirts, and trousers that are wide at the hips and narrow at the knee and ankle. Women wear long white embroidered dresses with heavy velvet aprons tied at the waist: dresses and aprons are embroidered with bright colors. Men and women also wear velvet vests. Shoes play a special role: most often they wear opanki made of pigskin and corresponding to the size of the shoes of each dancer.

It is worth noting that in Serbia there is even a national ensemble called “Kolo”, which represents Serbian traditions, customs and dances in the country and abroad. The entire ensemble is professional, that is, it is financed from the state budget. 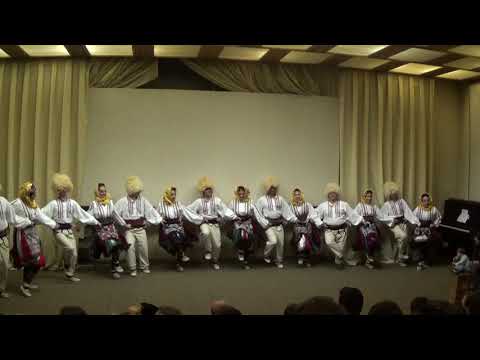 This term has other meanings, see Hora (meanings).

This term has other meanings, see Kolo (dance). 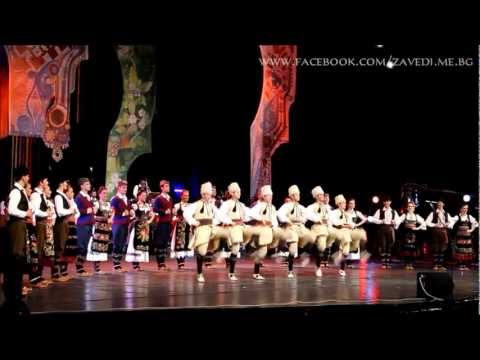 It is usually performed to the accompaniment of an instrumental ensemble (see Taraf) [1] . Also a musical form.

Bulgarian folk dance-chorod Horo is performed in the amount of 2 / 4 , 5 / 16 , / / / / / / / / / / / / / / / / / / . Accompanied by singing, playing the guide and other folk instruments. Performers hold hands, belts or put their hands on each other's shoulders in a chain. The rhythms of the horo are very different, and there are a great variety of species, which are subdivided according to the main geographical regions of Bulgaria (Dobruja, Macedonian, Rhodope, Northern, Strandzha, Thracian, Shops).

Serbian and Bosnian kolo are among the most famous in the world and practically do not differ from each other. Variants of Serbian and Bosnian kolo exist in Bosnian Krajina, Herzegovina and Montenegro. The Serbian kolo was included in the collection of plays by Antonin Dvořák "Slavic Dances" in opus 72 under the title No. 7 (15) C-dur. Allegro vivace .

For the performance of chora (Mold. and Rum. horă), the dancers gather in a circle and hug each other by the shoulders. People move around the center (usually clockwise) and each dancer takes a series of three steps forward and one step back. The pace is slow (measure 6 / 8 or 6 / 4 ) [2] . The dance is performed by the girls smoothly and calmly. At weddings, men also join the choir. The chora is accompanied by playing the chimpoy, fluer, nai, violin and other folk instruments. 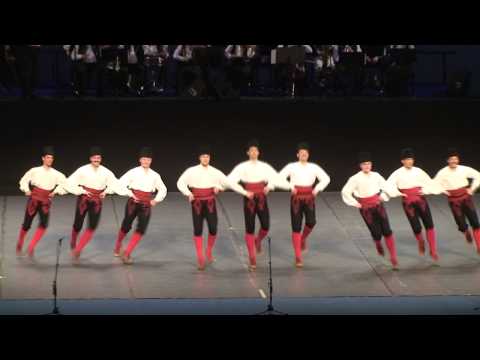 The most popular dance among Moldovans. It has numerous variants differing in timing, composition and pace [3] . It is usually performed to the accompaniment of an orchestra (taraf) [4] . In some regions of Southern Moldavia, a centuries-old tradition of performing a dance to a song has been preserved. With the development of instrumental dance music, singing in slow choirs was replaced by purely instrumental accompaniment [1] . Even at the beginning of the 19th century in Bessarabia, the chora meant not only a certain dance, but also one of the types of rural festivals [5] . Ta slow, lyrical three-part dances called choir (size 6 / 8 or 6 / 4 ). They are distinguished by special smoothness, solemnity and at the same time grace. It is a very popular dance at weddings and other festivities, especially in the countryside.

There are also quick versions of the choir performed in meter 4 / 4 . 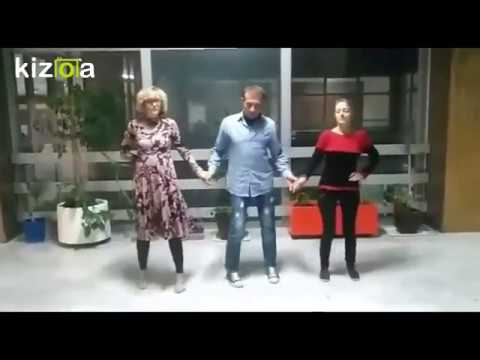 Such choirs are in many respects close to syrba, but all parts stand out.

Many peoples of the Mediterranean, the Black Sea, the Balkan Peninsula and the Caucasus have one common circular dance [en] , which is called by each people in its own way. It is performed with vocal or instrumental accompaniment [6] .

Georgian circular dance [en] dance Khorumi [en] (Georgian ხორუმი) comes from Adjara [8] . Initially, it was performed before the battle to raise the morale of the soldiers [9] . 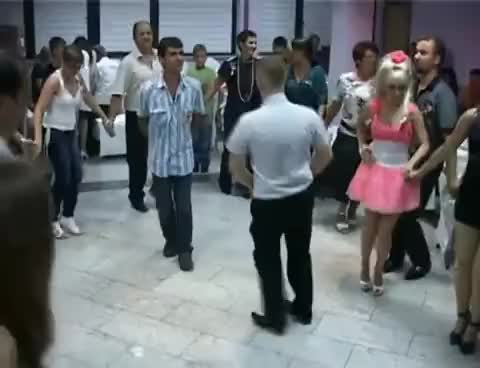 The number of dancers was limited to only a few men. Over time, their number has grown, and in the modern version 30-40 dancers can participate [10] .

Among the Crimean Tatars it is called Horan (Koran in Crimean Tatar). It was danced during folk festivals. Originally with song accompaniment [11] . It was with it that in ancient times any Crimean Tatar holiday ended [12] . Also, wedding feasts often end with this dance, when it was performed by all those present, the number of which sometimes reaches two hundred people [13] . 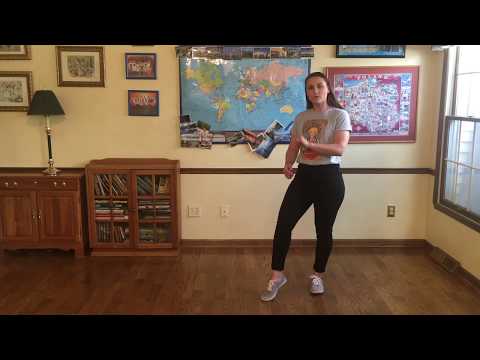 The dance consists of two parts, the first part is slow, the second is fast. Basic dance figurations: circle, lines [15] . Horans differ from each other depending on the place of their origin. For example, in the Alushta region there was a dance Tuvak dzhyyny performed only by men. Tuvak deyuyyny , which arose in the steppe regions, was performed only by women [16] .

Israeli Chora - a fast round dance for 4 / 4 , created in the 1930s. Baruch Agadati (Kaushansky); sometimes referred to as "Hora Agadati".

To perform the choir, the dancers gather in a circle, join hands and start moving to the right, first with their left, then with their right foot. At the next step, the left foot is placed behind the right, and again they take a step with the right. These movements are repeated at a fast pace. With a large number of dancers, people make several circles, one inside the other.

The hora used to be popular mainly in kibbutzim and the countryside, but has since become a popular performance at weddings and other celebrations. The hora can be sung to traditional Israeli songs, although the most famous is the "Hava Nagila" music.