Home » Misc » How to dance in game fortnite

How to dance in game fortnite

How to emote in Fortnite

Fortnite has great in-game mechanics that make each match a different experience. The gun and build fights can change heavily depending on where the circle closes on the map, but the banter between the players rarely changes.

Emoting or dancing is one of the elements that define Fortnite, and it can be the deadliest weapon in the game when used correctly. When you get killed during a Fortnite match, you’ll automatically start spectating the person or the squad that eliminated you from the game. While this may be a boring experience since you just got sent back to the main lobby, it has the opposite effect on the person who bested you.

Players get small chat notifications indicating that they’re being spectated. In an ideal world, players could potentially turn this into an opportunity to show their enemies’ mistakes and help them learn, but it’s just another way of putting the final nail in your enemies’ coffin. Most players who realize that they’re being spectated instantly bust out the cheekiest emote or dance in their arsenal, adding more salt to the wound.

If you’ve just started unlocking dances and emotes, it may be challenging to figure out you can use them during a match. Here’s everything you need to know about using emotes in Fortnite.

Make sure that you have emotes equipped on

When you unlock emotes, you’ll also need to place them into their respective slots so you can use them during a match. You can choose the emotes you’d like to feature on your emote wheel by following these steps.

If you have your favorite emotes ready to go, all it takes is a button press to use them. The process will be different for each platform that Fortnite’s available on due to other input methods.

The default emote key on PC is B. This means that if you hadn’t made any changes to your keybinding, you should be able to trigger your emote wheel with the B button once you load into a match.

You’ll need to press and hold B while choosing the emote with your mouse. 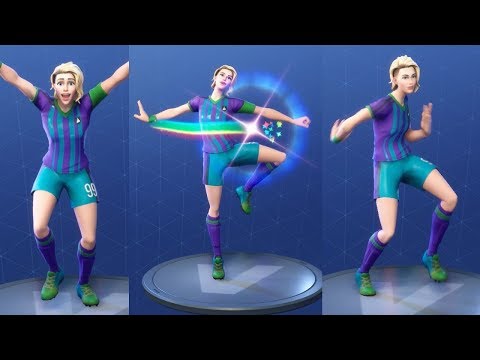 Let go of B when you’re on the emote that you want to use, and your character will start performing it instantly.

Fortnite match on PlayStation and Xbox?

There are multiple keybind layouts for controller users, but most will have the Down Arrow button as the default emote key. You should be able to see your emote wheel when you press down the Down Arrow button during a match, and you can choose a dance or emote with your right analog stick.

Once you’re hovering around the emote you want to cast, you’ll need to press A or X, or simply let go of the arrow key and your movement stick. The process will be the same for the next-gen consoles as well, so this method basically applies to all PS4, PS5, Xbox One, and Xbox Series X/S users.

If you’re using a different layout for your keybinds, you can navigate to your controller settings to inspect your hotkeys. In cases where you can’t see an emote button, you can reconfigure one of the keys. 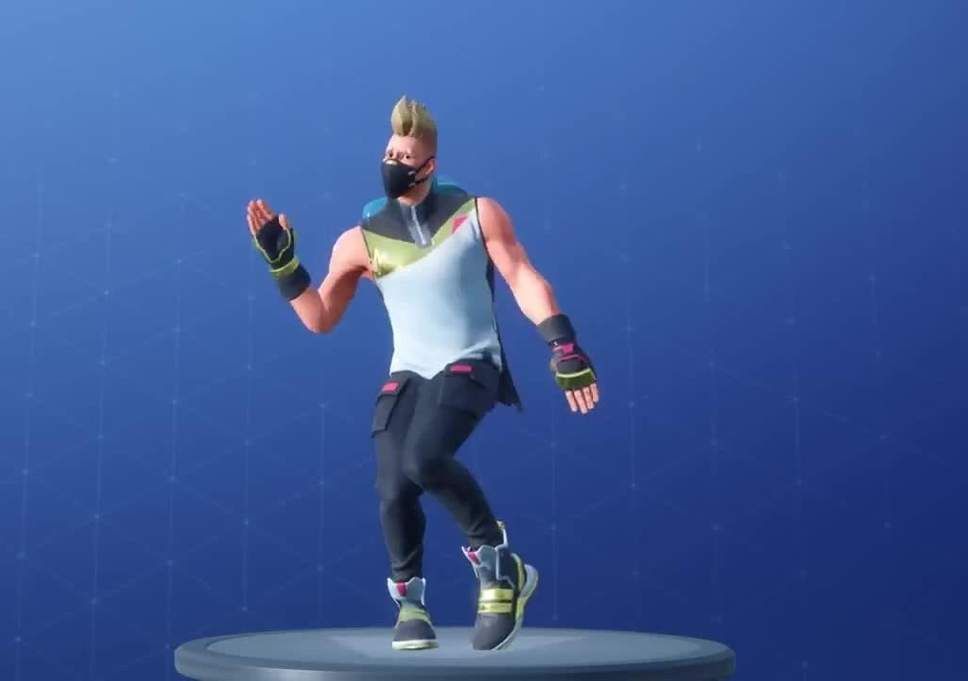 Fortnite match on iPhone/iPad and Android?

Emoting is slightly more difficult on mobile devices since you can’t use the dedicated keys on your device for dancing. It’ll take somewhat longer to emote on mobile than other devices, so make sure that you are covered on all sides.

Emoting on Nintendo Switch is almost identical to how you can emote on controllers. Press the Down Arrow button to bring up the emote wheel and use the right movement stick to choose your desired emote.

You’ll need to let go of the buttons when you’re hovering on the emote you want to cast, and your character will start emoting.

Fortnite Dances and Emotes List - All the Dances & Emotes You Can Get in Game!

Our Fortnite Dances List contains each and every dance emote that has been added to Fortnite Battle Royale! If you want to watch these dances or emotes in action, you can click on each image to watch a video about them or learn more. 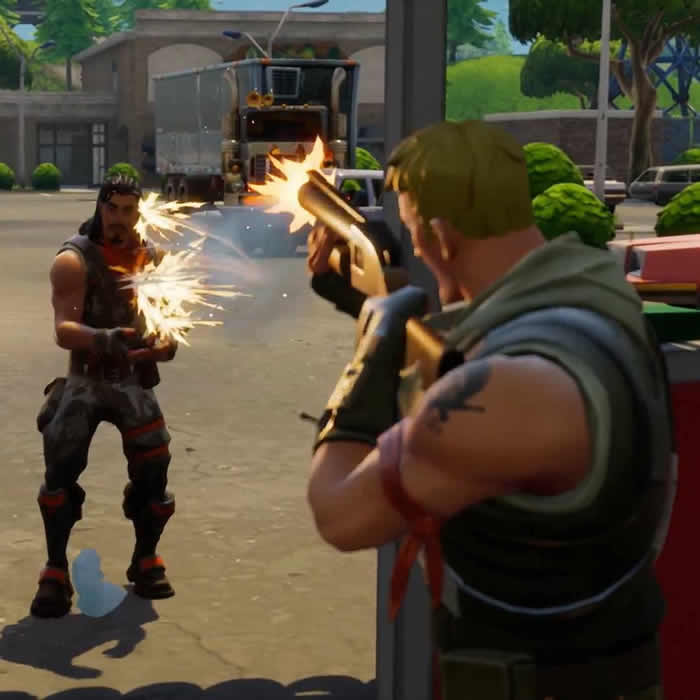 You can find all of our other cosmetic galleries right here. See what you can purchase in the shop in our Fortnite Item Shop post!

Are you a Fortnite expert? Take our quiz to test your knowledge: How well do you know Fortnite quiz 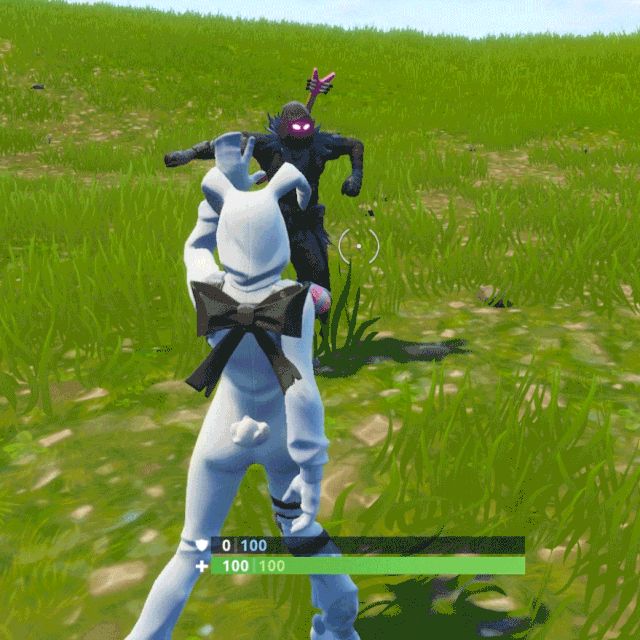 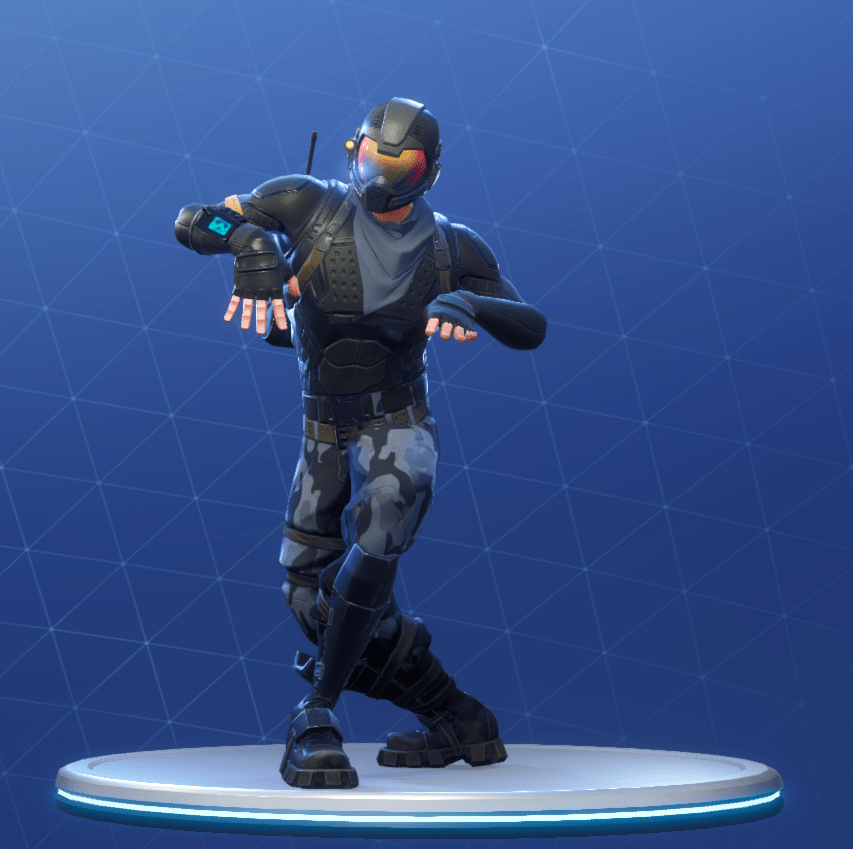 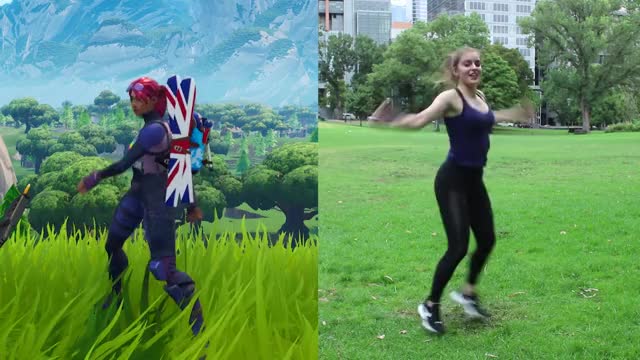 Support us by using our Epic Creator Code: ProGameGs (We get a small portion of each sale!)

Click on the images below to see the dances or emotes in action!

How to dance in Fortnite on PC ▷ ➡️ Creative Stop ▷ ➡️

During the last matches in Fortnite , you saw many players create real virtual flash mobs while going crazy with crazy dances. You would also like to participate in these events, but, unfortunately, you are new to this game and still do not know all the teams well.

How to say that everything is right and you would like a hand to open How to dance in Fortnite for PC ? Don't worry, you just went through the right lesson at the right time, as I'm going to explain everything to you in detail. In the following chapters, I will explain in detail how to add dance emoticons in closet Fortnite, and how to find the key that allows you to dance in the game.

I will also explain what to do to get the new dances in Fortnite as these specific emotes can be obtained in-game using V-Bucks, Fortnite's virtual currency. But we are fine and will not immediately stop the stages.

Now that you understand what I'm going to talk about, are you ready to start? Are you comfortable sitting in front of your computer? Excellent! At this stage, I suggest that you take a few minutes of free time and read the following lines carefully so that your attempt is successful. I wish you good reading and, most importantly, fun!