Home » Misc » How to dance cha

How to dance cha

Cha cha is a fun, flirtatious dance with playful energy. It's a blend of other Latin dances, especially mambo and rumba. The major difference between cha cha and mambo/rumba is a triple step (cha cha cha) that replaces the slow step.

Cha cha is widely recognizable by its catchy rhythm – one, two, cha, cha, cha. It's easy to learn and fun to dance.

Like so many Latin dances, it originates from Cuba. It was developed by the Cuban composer and violinist Enrique Jorrin in the middle of 1950s. Originally it was known as a slowed-down mambo or "the triple mambo", because of the three quick steps. It gained instant popularity due to its simplicity. In time it evolved into a separate dance and although it was originally known as the cha-cha-cha, the name was shortened to the cha-cha.

Did you know: Bruce Lee, the famous movie star and one of the greatest legends in martial arts, was also an accomplished Latin dancer. He won the Hong Kong Cha Cha Championship in 1958, when he was 18 years old.

Cha cha can be danced to almost any music with a good beat, from traditional Latin rhythms to club music, from country to pop. It's popularity can be heard in the music of Ricky Martin, Jennifer Lopez, Marc Anthony, Tom Jones, Carlos Santana, and many others. Cha cha is very much a dance of today.

Remember, five steps are taken to four beats of music. Also don't forget that the movements tend to be somewhat flirtatious. This is definitely a party dance!

Basic Side Step for Men

Basic Side Step for Women

In this video Leon and Kim will first show you the basic step done "in place" and then with the side step:

OK, now that we have the basic steps under our belt, let's explore further. In the following video Jaimee and Mark will show you the whole range of cha cha figures, starting, of course, with the basic:

Where to go next?

As you've seen in the second video, there's a lot that cha cha has to offer. To get to that next level we recommend these video lessons »

How To Dance Cha Cha For Beginners

Cha Cha is one of the funnest Social Ballroom dances you can learn. The videos below will teach you the most basic Cha Cha dance steps for men and women.

The Cha Cha originated in Cuba and has been named so because of the “triple shuffle” that is apparent in most basic steps. 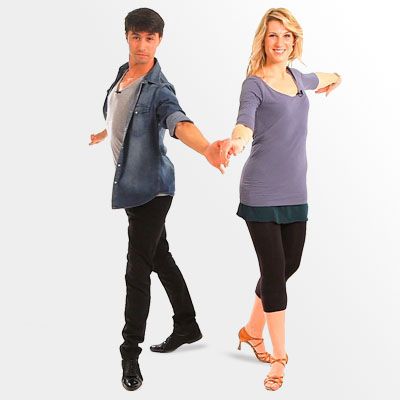 It’s a dance that incorporates small quick steps to match the fast Cha Cha music. This dance has lots of hip and body action on every step to give it a latin look. Social style cha cha fits many modern Latin and pop songs like Marc Anthony’s “I need to know” and Santana’s “Smooth” (Feat. Rob Thomas).

How To Count Cha Cha:

In the first video you’ll learn 2 most popular Cha Cha basic steps. Right below it you will learn the progressive basic step, another popular cha cha step.

If you enjoy these 2 videos let us know in the comments below.

How to Dance Cha Cha – Most Basic Steps:

You want to do what is called “cuban motion” technique – which can be achieved just by bending and straightening your knees through out this dance. 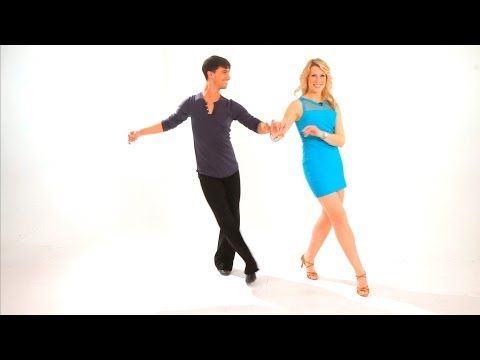 We offer a membership that includes access to 300+ Ballroom and Latin dance videos online. Including American & International style videos.

“Cha-cha-cha” is the easiest and at the same time playful dance from the Latin American ballroom dance program. By learning how to dance the cha-cha-cha, you will become more graceful and feel more relaxed with members of the opposite sex - it is not for nothing that it is also called the "dance of flirting." You can plunge into the atmosphere of Latin American dances by subscribing to the AnySports online course for beginners, which starts very soon.

Cha-cha-cha dance lessons will be taught by world champion in Latin American dances, winner of the show "Dancing with the Stars" Denis Tagintsev. In the meantime, let's learn a little more about the dance and learn the basic cha-cha-cha steps.

The history of cha-cha-cha dance

“I want to create a special rhythm – not too fast, recognizable, memorable. And so that under him the legs themselves rushed to the dance! - said in the middle of the last century, the Cuban composer Enrique Horrin. It was he who created a new musical style that quickly penetrated all Cuban street cafes. His composition La enganadora combined the rhythms of rumba and mambo. 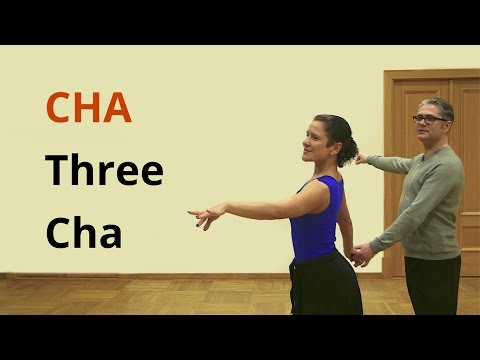 This music to the cha-cha-cha dance has become popular all over the world.

There are several versions about the origin of the name of the cha-cha-cha dance: it came either from the name of musical instruments that set the rhythm of movements (they were made by plants called cha-cha), or from the guaracha dance (supposedly it was a mambo with guero - a rhythm that was danced to the sounds of a gourd instrument). However, the version about the imitation of the rhythm, which is set by the dancers' feet, in contact with the parquet, sounds more true.

Cha-cha-cha is danced to music in both major and minor keys. Now the dance is performed to the songs of Latin American pop artists - almost any arrangement easily falls on this rhythm. The musical size of the dance is 4/4, and the rhythm is 120 beats per minute. 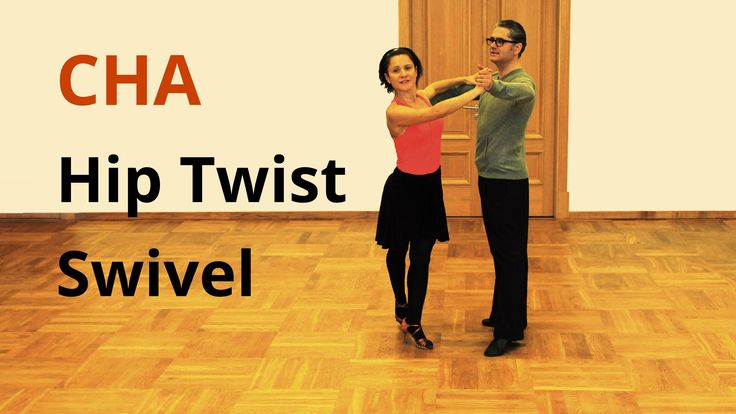 Then - a slow step with the right foot to the right. At this point, the leg sharply straightens. Next, we draw the toe of the left foot along the parquet and put it in the “check” position, pushing the foot well. The fifth step is the slow transfer of weight to the right leg.

In this lesson, you will learn two basic cha-cha-cha moves that will get you started dancing right now.

Become the goddess of the dance floor and catch admiring glances by studying the dance course with Denis Tagintsev.

Cha-cha-cha is a “cocotte dance”, that is, flirting in the dance movement, it involves a non-verbal dialogue with a partner. In girls, cha-cha-cha awakens grace and natural charm, teaches them to be light and at ease. 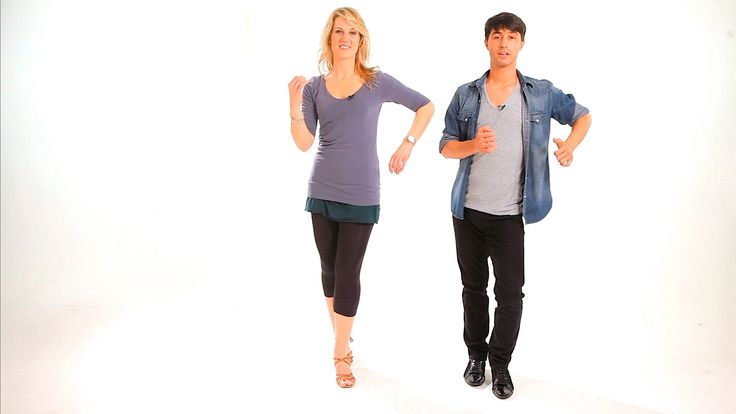 For men, this dance will be useful, if not on the dance floor, then certainly like the legendary kung fu fighter and film actor Bruce Lee - in mastering the art of owning your body in principle.

The cha-cha-cha dance is quite simple, neither too fast nor too slow, there are no abrupt level changes and difficult positions. And it certainly does not require any basic sports or dance training - anyone can master it!

Principles of movement and basics of dance:

- 2 level of dancing in cha-cha-cha: and and isolation are added - swing, rotation, stretching in the ribs.

Forward cha-cha-cha steps are performed from the toe, with the transition to the ball of the foot, then to the entire foot, the knee is fully extended, and the weight of the body is transferred to the supporting leg. 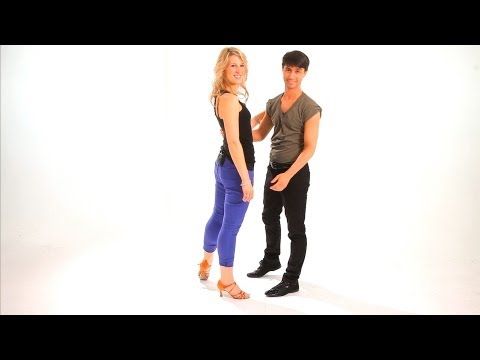 Simultaneously with the straightening of the supporting leg, the heel of the free (from the weight of the body) leg rises, and the knee naturally bends, the ball of the foot touches the floor, you need to learn to “feel the floor”.

When the weight of the body is transferred to the supporting leg, the steps are performed with pressure on the floor, and the knee of the leg is pushed back. At the same time, the hip of the supporting leg is extended to the side and back so that the position of the upper part of the body remains unchanged. The movements of the hip girdle must be performed with a sense of proportion. 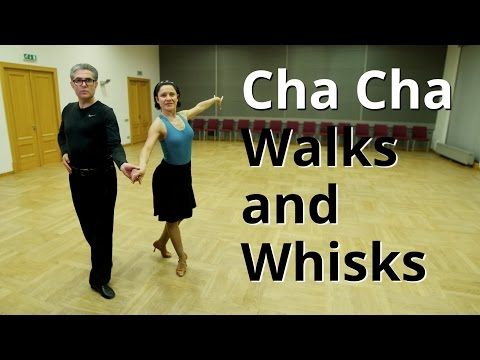 Basically, the figures of the cha-cha-cha dance are performed without rises, falls and inclinations of the body.

When performing steps, the legs remain natural and turn the feet outward. Only in side steps are the feet parallel.

- Change of legs - Offset of the chest, bending the knee and returning to a flat neutral position on I . The heels are light, the chest is slightly forward
- Back step - we transfer the weight of the body to the back leg but leave the upper center in front and perform stretching, we carry out a quick movement to "D" in the count of two.
- Forward step - When moving forward, the diagonal offset of the main body of the torso is used first.
- Check and Lock, lock step - stop defective step, hind leg with emphasis on the floor with the big toe with the heel turned inward.

Closed knees after the lockstep forward to the count and pull the knee like a bow and foot and take a step for once. We start with back replay. Fours - re, times (comma). Hip kick forward for one (fast pendulum).
- Side step, Highway - Preparing the side and ribs in the direction of the side step. Highway to the side at a time, a step of medium length, so that there is an opportunity to work out, the foot of the supporting leg is approximately at the level of the ribs. Fast biting nature of the step. Pendulum movement in the hips. Foot culture - using the muscles of the buttocks and sliding the bent leg on the floor and straightening at the very last moment. Flick active offensive.

Hands:
Impact in hands - starts in slow motion -acceleration -dot! A beautiful finished line, if the arm is to the side, then just below the shoulder.

Music rhythm exercise for beginners - stepping to the beat. Allocation of the account ONCE.
Heels on the floor and transition from foot to foot with rotation of the hips without lifting the heels.
Pelvic rotation - counter-movement of the shoulders and hips.
Eight with hips - feet on the floor.
Change of legs (Time step) - stretching of the knees and sides
Timing exercises for syncopated cha-cha counting.
Highway to the side - time step (with hip work - figure eight, compression of the shoulder blade and thigh)
Basic forward step (Lock step) - begins with back replace (back step), Cha-cha (comma) ONE - allocation of accounts, do not merge these accounts! In the check, the knees are stretched between themselves, the side is preparing for the execution of the next step, then an active attack, a hip forward kick.
Basic side step (hip up, sides, rotation)
Basic move (forward, backward, lock)
Close basic movement
Open basic movement
New York - . 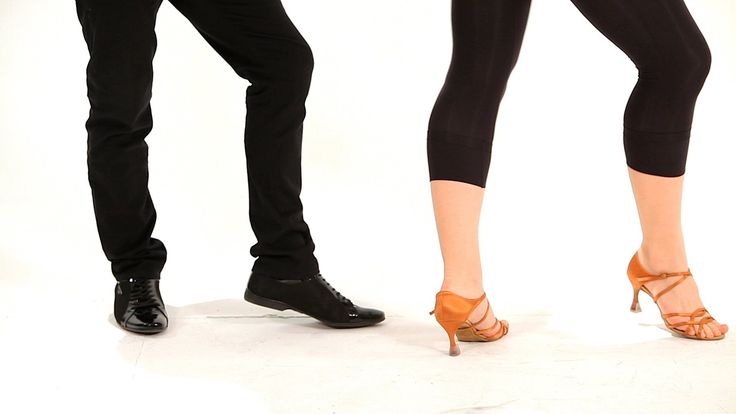