BTS is inviting the world to dance along with them to their new track, “Permission to Dance,” for the first-ever worldwide dance challenge on YouTube Shorts, following our global expansion last week.

Starting this Friday, anyone from across the globe can create a 15-second YouTube Short right from the YouTube mobile app, replicating the core dance moves from the “Permission to Dance” music video. The dance moves for this challenge are the “International Sign” gestures that the septet was seen doing in the music video, bearing the meaning “Joy,” “Dance” and “Peace”.

As the “Permission to Dance'' lyrics encourage listeners to move to the rhythm of their heartbeat, BTS is bringing the world together again with this special dance and inviting people to add their own style to their YouTube Shorts creations..

This FRIDAY!🕺💃 Stay tuned for #BTS #PermissiontoDance challenge only on @YouTube #Shorts

This FRIDAY!🕺💃 Stay tuned for #BTS #PermissiontoDance challenge only on @YouTube #Shorts

“Just as ‘Permission to Dance’ sends the message that you don't have to ask anyone for permission to dance, we hope that we can bring people all over the world together to dance along with us, free of any limits or constraint. 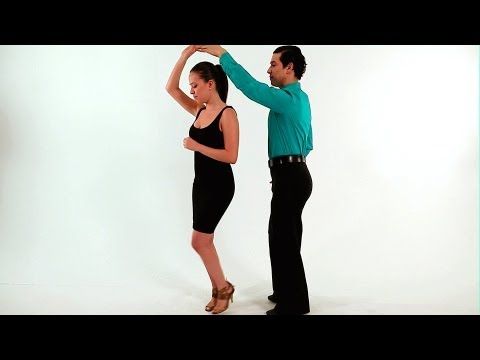 We are very excited to watch this challenge come to life on YouTube Shorts and can’t wait to see what you all create.”

As part of the challenge, BTS will be spotlighting some of their favorite Shorts in a compilation video, so participants are encouraged to use hashtags #PermissiontoDance and #Shorts for their creations to be considered.* For further dance challenge inspiration, get a closer look at the “Permission to Dance” choreography by watching BTS’ latest YouTube Shorts on desktop HERE and on the mobile app HERE.

“BTS are global icons. Breaking record after record on YouTube, BTS’ immense contribution to the world of music has made them an undeniable force. We are humbled to be partnering with them on the Permission to Dance challenge on YouTube Shorts, helping to spread happiness and build lasting connections amongst their fans on YouTube across the globe. We are stoked to see the ARMY dance!"

Just last week, BTS made its television debut performance of “Permission to Dance” on The Tonight Show Starring Jimmy Fallon.

BTS Premiered the official music video for “Permission to Dance” just over a week ago, earning over 170 million views on YouTube to date. The video’s debut landed the record-breaking group their 5th slot on YouTube’s top 10, all-time biggest 24-hour music debut list, with the band now owning 50% of the spots, including #1 for “Butter” and #2 for “Dynamite.” “Butter” also owns the record for biggest music video Premiere of all time, with 3.9 million peak concurrents and held the top slot on YouTube’s Global Top Songs chart for seven straight weeks.

Globally, BTS is amongst the top 5 most-viewed artists on YouTube so far this year; and in the past 12 months, it has earned over 10 billion views on the platform. With 54 million subscribers on its Official Artist Channel, they are the third most-subscribed artist on YouTube. BTS has joined YouTube’s coveted billion views club on three different occasions with its hits “DNA,” “Boy With Luv,” and most recently “Dynamite.”

Get ready to dance this Friday, July 23, and stay tuned for more information on the Permission to Dance challenge on YouTube Shorts!

*Posting a Short does not guarantee selection. 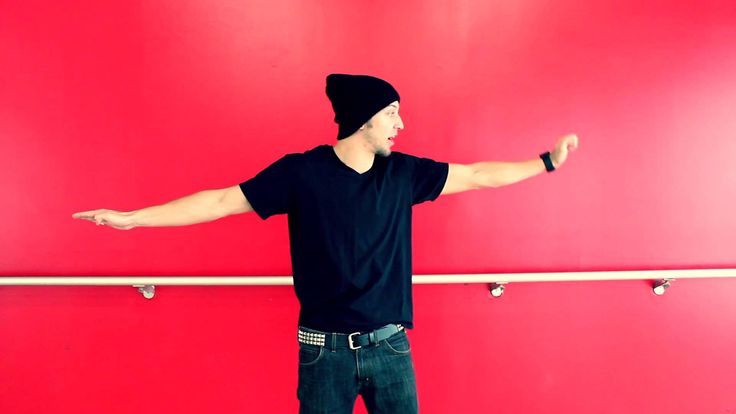 We’ve used our hashtag generator to analyze all the most popular hashtags relating to #dance. Copy them, and use them to maximize the number of likes on your posts, and attract new followers! You can use them on Instagram, TikTok, Youtube, Facebook, or Twitter as well

10 most popular hashtags relating to #dance in 2022

Use this list to find new related hashtags for your posts

The most popular hashtag similar to #dance is #kpopdance. It’s been applied to 1 475,050 Instagram posts!

Use this list to find new similar hashtags for your posts

This hashtag is most frequently used in English, Spanish, and Russian

Usdance dance school in Taishet will give its first reporting concert on the stage of the Yubileiny Palace of Culture on October 29.

The USDance ballroom dance school appeared in Taishet a little over 2 years ago, but already during this time it has managed to become famous not only in Taishet and the Taishet region, but also beyond its borders (Irkutsk region, Krasnoyarsk Territory), taking part and becoming winners of international and regional ballroom dance competitions. So, a month ago, school students were diligently preparing to perform in the regional ballroom dancing competition in Zelenogorsk in order to win and bring back a record number of prizes on September 24 - 15 medals for 1st, 2nd and 3rd places .

And already today, the adult and children's groups of the USDance Ballroom Dance Studio under the direction of Sergey Usikov are in full swing preparing for their first own concert, organized jointly with the vocal studio of the Yubileiny Palace of Culture.

The concert will be held under the name "Union of Three Muses". This name was not chosen by chance - here the magic of passionate music, the magic of charming words about love and the movements of sensual dance are intertwined. For the first time, the trinity of ballroom dance, instrumental music and academic vocals (fragments from popular classical operettas) performed by the leader and teacher of the vocal studio, professional academic singing Olga Shevchenko will be presented on stage.

In addition to pop ballroom dancing, the concert program will feature intriguing performances of Latin American dances. The popularity of this direction with such dances as, for example, salsa, bachata, is now especially high. By the way, you can also learn it at the USDance dance school in Taishet, which also develops this direction.

The concert will be attended not only by Taishetians, but also by students of the Usdance school from Kansk with their performances. Also in the program of the event will be presented children's works of the vocal studio of the Palace of Culture "Jubilee" under the direction of Olga Shevchenko.

Currently, the school has two adults and three children's groups.

From the adult students of the school, the USDance Studio was created, which takes part in all local concerts on the basis of the Yubileiny recreation center, as well as in events outside the Taishet region (Ingash, Kansk).

The history of achievements of the USDance Ballroom Dance School:

In March 2021, the USDance Studio team brought victory to Taishet from the International Stage Dance Competition held in Irkutsk.

In April 2022, students of the USDance School of Dance became laureates of the open ballroom dancing competition in Borodino (Krasnoyarsk Territory), taking two first places, one second and one third.

In June 2022, USDance Studio became the winner of the online ballroom dance competition.

And quite recently, on September 24 of this year, the students of the studio brought a whole set of medals (7 awards) from the open zonal ballroom dancing festival-competition in Zelenogorsk (Krasnoyarsk Territory). From that moment, among the participants and winners of the competition are not only adult students of the Usdance school, but also children - Mariam Shevchenko (7 years old) won first place in the category “Children 2014, 4 dances. Solo”, adequately representing Taishet at the regional level.

Currently, the creative director of the USDance Dance School Sergey Usikov is actively working to create a children's group of the USDance Dance Studio, which will also delight residents and guests of the city of Taishet with their bright performances on the stage of the House of Culture and beyond.

If you want to report news, write to us 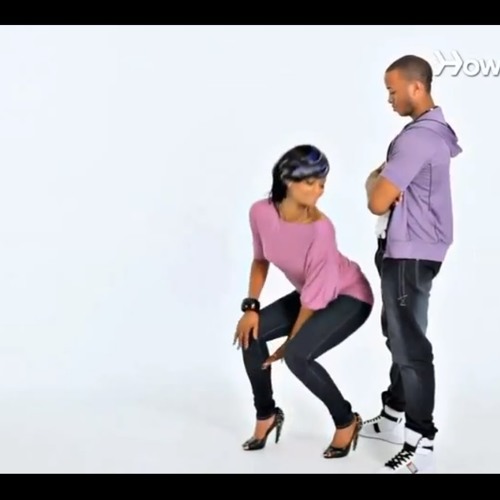 A young man who danced in a pink dress at the entrance to Grozny, as well as two of his acquaintances involved in filming a video about it, apologized to the Muslims. One of the young people added that he was punished for his act.

As the "Caucasian Knot" has reported, a video posted on August 24 in the Instagram* public "ChP/Chechnya" showing a young man in a pink dress dancing at the entrance to Grozny caused outrage among netizens. Some commentators said that the young man should apologize for his behavior, while others indicated that tourists should be explained the rules of behavior in Chechnya.

The authors of the video apologized to Muslims for the dance at the entrance to Grozny, the Readovka Telegram channel reported today, posting a video of the public repentance of three young people involved in filming the dance. Exactly where and when the apology shown in this video was made is not indicated in the message.

The video of the apology begins with footage of a dance that has previously outraged social media users. 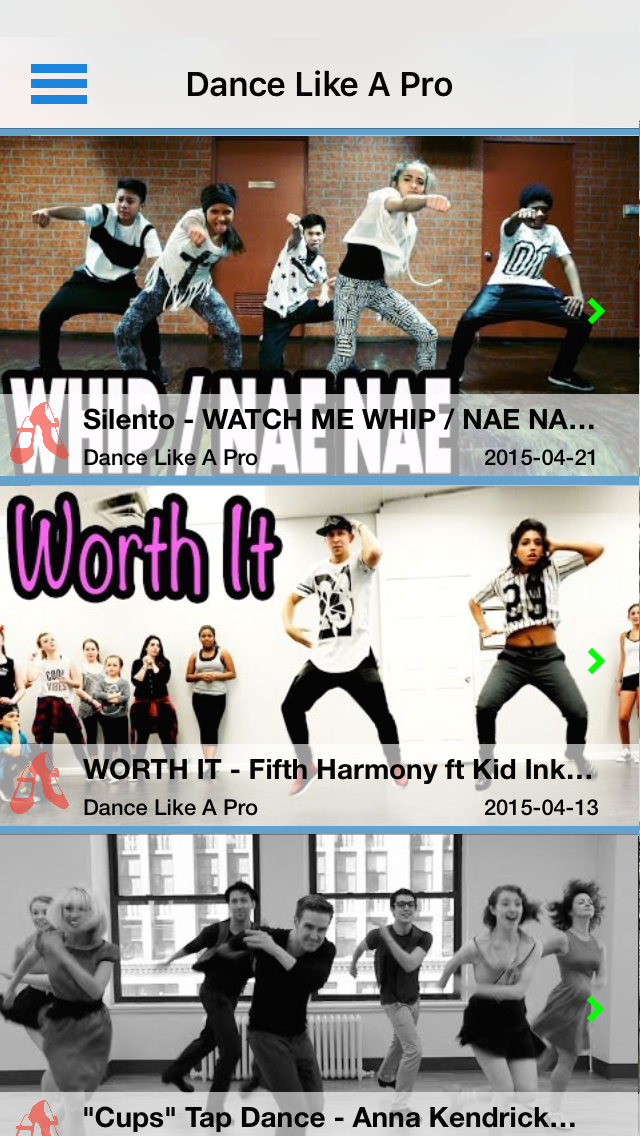 “I want to apologize for that video. We did it without thinking, without controlling ourselves. I want to apologize to the entire Muslim people that we did it out of stupidity,” says a young man who danced in a dress in the video.

The second young man in the video is standing with his head bowed low so that his face is almost invisible. "I confirm his (the first who apologized. - note of the "Caucasian Knot" ) words, it was a mistake - this is a video. This will not happen again," he says. "Look at the camera," interrupts his voice-over. "This will never happen again, and I do not advise you to do it, in general. I apologize to all the Muslim people and to religion," the young man adds.

A third young man made similar apologies. "I apologize to all Muslims, to the religion of Islam. I made this most stupid mistake and was punished for it," he said. What kind of punishment and from whom he received, the young man does not specify, while under his right eye you can see a spot that looks like a bruise. 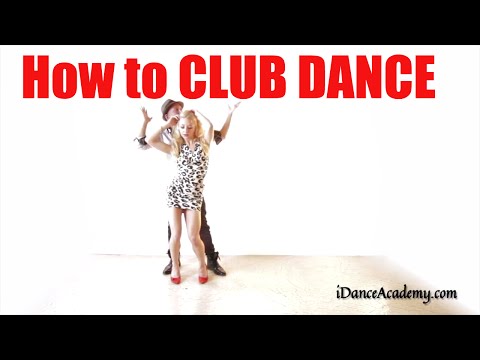 Highlander traditions do not accept dressing a man in women's clothes, even if the purpose of such dressing is to escape, steal, draw or some other trick, pointed out a Caucasian scholar Alexei Malashenko, . “In principle, it is unacceptable for a highlander to wear a women's outfit. There is no such thing in legends and folklore,” Malashenko told the "Caucasian Knot". Participants and spectators of the event received threats, journalist Svetlana Anokhina said.

The practice of public apologies, adopted in Chechnya at the suggestion of Ramzan Kadyrov, has spread to other regions of Russia, reaching even Moscow. For example, on August 5, a resident of Moscow apologized for a video with obscene comments showing a resident of Chechnya walking along a Moscow beach with weapons. The Muscovite admitted that he was "guilty about the Chechen people" and promised that this would not happen again. The DJ, who wore Chechen clothes and a headdress while performing dance music on August 19, apologized for his behavior. Residents of Chechnya itself regularly ask for forgiveness for various misdeeds and for criticizing the authorities, and reports about this are published, in particular, by the republican TV channel Grozny. The report of the international crisis group "Chechnya: Internal Abroad", published in June 2015 on the "Caucasian Knot", noted that such apologies are the result of pressure and threats. How this practice is spreading to other regions of Russia can be found in the "Caucasian Knot" report "A Fashion for Apologies: From Chechnya to the Outskirts".

The "Caucasian Knot" places materials about the practice of public repentance on the thematic page " Whom the Caucasus forces to apologize ".

Download the "Caucasian Knot" app - works in Russia without VPN! In our application on Android (users of this platform can also use the CENO browser to bypass blocking) or IOS, you will always read the materials of the "Caucasian Knot". If the app is removed from Google Play or the App Store, you will still be able to use the already installed app to read our news.