Home » Misc » How to german dance

How to german dance

Traditional German Folk Dances You Should Know About

Every country has its traditional dances – or at least they should – complete with quirky outfits, high socks, ribbons, and bows. Germany, for instance, is responsible for some of the many dance routines we know today. These coordinated moves are not really the kind of flow you want to bring into a Berlin club, for instance, but if ballroom or even stage dancing is your thing, then German folk dance is absolutely something you should dip into.

Some of these traditional dances date as far back as the neolithic era before Germany was even Germany. Many of the traditional dances we know today began as simple peasant dances to uplift their daily lives and were later adapted to high snob-ciety. What’s even harder to imagine is that many of these modest dance routines were scorned upon by neighboring countries who thought a two-time dance routine between a man and a woman was an abomination to the innocent gentlewoman that English society wanted her to be. Let’s have a look into what you may still find every May Day in Bavaria and other festive parts of the country.

Expressionist dance became most famous in Germany during the Weimar period. Mary Wigman was the leading pioneer of this movement along with Rudolf von Laban. They understood dance as a metaphysical experience. Wigman was a student of Laban, and she transformed his ideas into an existential human experience. 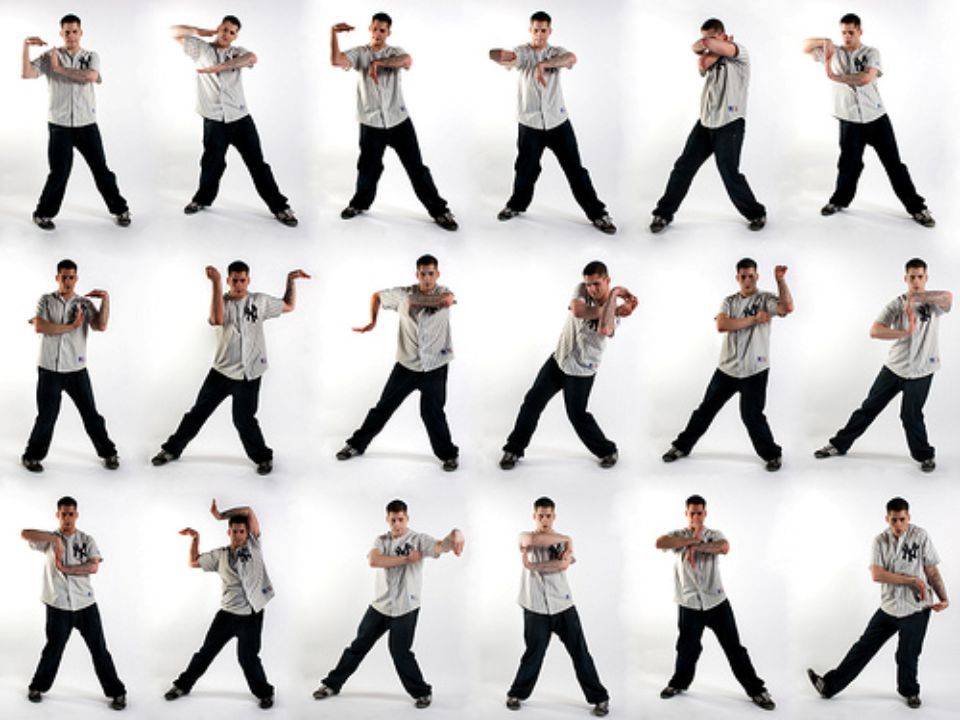 She most famously performed “Dance of the Witches,” and the “Dance of Death,” which are some of the most well-known dances from this time. Wigman toured in the USA and marked Expressionist dance as a German dance, which influenced modern dance in the US. However, due to the fact that this movement was linked to Germany, by the late ’30s, the movement and its dancers were forced into exile and became illegal and seen as anti-nationalistic.

If you’ve ever seen a dance where male dancers in a line or circle are repeatedly hitting the soles of their shoes, their thighs, and their knees, this is Schuhplattler. This dance is one of the oldest dance routines in the world and is said to date back as early as 3000 BC, but it first appeared in recordings around the year 1030 by a monk in Bavaria. This dance was mostly performed in the Bavarian and Tyrolean Alps by farmers, hunters, and woodsmen. The male dancers wear lederhosen and suspenders with grey, green, or white knee-length socks, and the women wear dirndls. 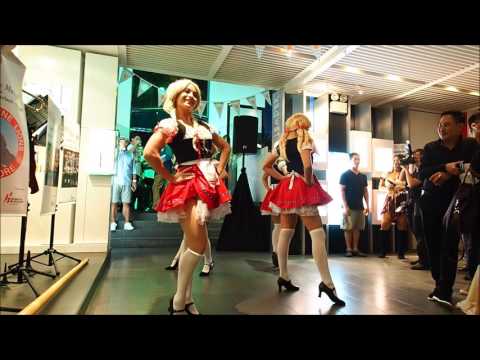 Here, couples dance in circles to a 3/4 or 3/8 meter. It is said that the Der Deutsche dance evolved in the mid-18th century and is the mother of the waltz.

This hopping and stomping dance routine sometimes accompanies yodeling, and was also said to have influenced the birth of the waltz. The Ländler had such a strong influence over the German music and dance scene that composers like Beethoven and Schubert were said to have included it in their compositions, and had influenced many other well-known composers. This traditional dance involves couples turning under each other’s arms, dancing back to back, and a whole lot of spinning. The music is set to a 3/4 time that was once a dance for peasants, but then found its way into high society.

The waltz comes from the German verb walzen, which means to roll, turn or glide. The waltz is known to have come from Austria and Bavaria, which began as a peasant dance and quickly worked its way up into high society. Many criticized the dance because they found it improper to dance so closely, and religious leaders called the dance vulgar and sinful. Here’s an amusing quote from The Times in London after they first viewed the waltz on their home turf: “We remarked with pain that the indecent foreign dance called the Waltz was introduced (we believe for the first time) at the English court on Friday last … it is quite sufficient to cast one’s eyes on the voluptuous intertwining of the limbs and close compressure on the bodies in their dance, to see that it is indeed far removed from the modest reserve which has hitherto been considered distinctive of English females … we feel it a duty to warn every parent against exposing his daughter to so fatal a contagion.” (Source: The Times of London, July 16, 1816)

The maypole dance is not strictly set to a dance and rhythm, but rather a whole ensemble of particular activities and festivities. 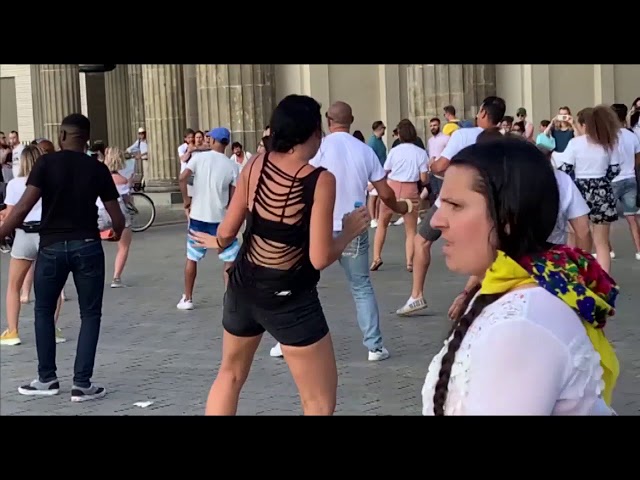 Many believe the roots to this pole stem from Germanic paganism, which seems more likely than not. In Bavaria on May Day (May 1), villagers erect a decorated tree trunk, and a dance is performed around the pole.

Since you are here, we would like to share our vision for the future of travel – and the direction Culture Trip is moving in.

Culture Trip launched in 2011 with a simple yet passionate mission: to inspire people to go beyond their boundaries and experience what makes a place, its people and its culture special and meaningful — and this is still in our DNA today. We are proud that, for more than a decade, millions like you have trusted our award-winning recommendations by people who deeply understand what makes certain places and communities so special.

Increasingly we believe the world needs more meaningful, real-life connections between curious travellers keen to explore the world in a more responsible way. 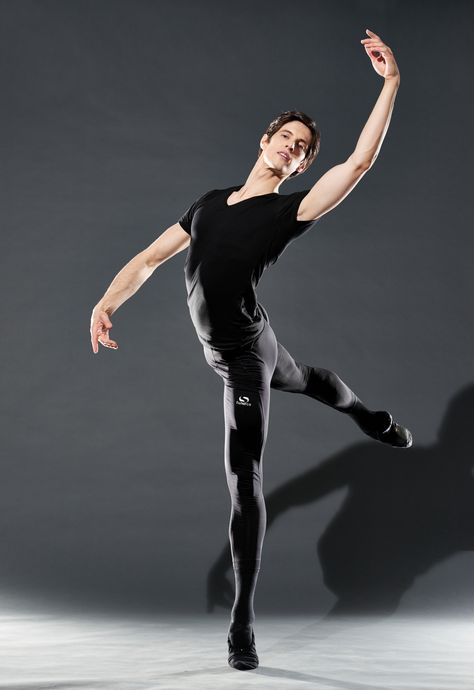 That is why we have intensively curated a collection of premium small-group trips as an invitation to meet and connect with new, like-minded people for once-in-a-lifetime experiences in three categories: Epic Trips, Mini Trips and Sailing Trips. Our Trips are suitable for both solo travellers and friends who want to explore the world together.

Epic Trips are deeply immersive 8 to 16 days itineraries, that combine authentic local experiences, exciting activities and enough down time to really relax and soak it all in. Our Mini Trips are small and mighty - they squeeze all the excitement and authenticity of our longer Epic Trips into a manageable 3-5 day window. Our Sailing Trips invite you to spend a week experiencing the best of the sea and land in the Caribbean and the Mediterranean.

We know that many of you worry about the environmental impact of travel and are looking for ways of expanding horizons in ways that do minimal harm – and may even bring benefits. We are committed to go as far as possible in curating our trips with care for the planet. 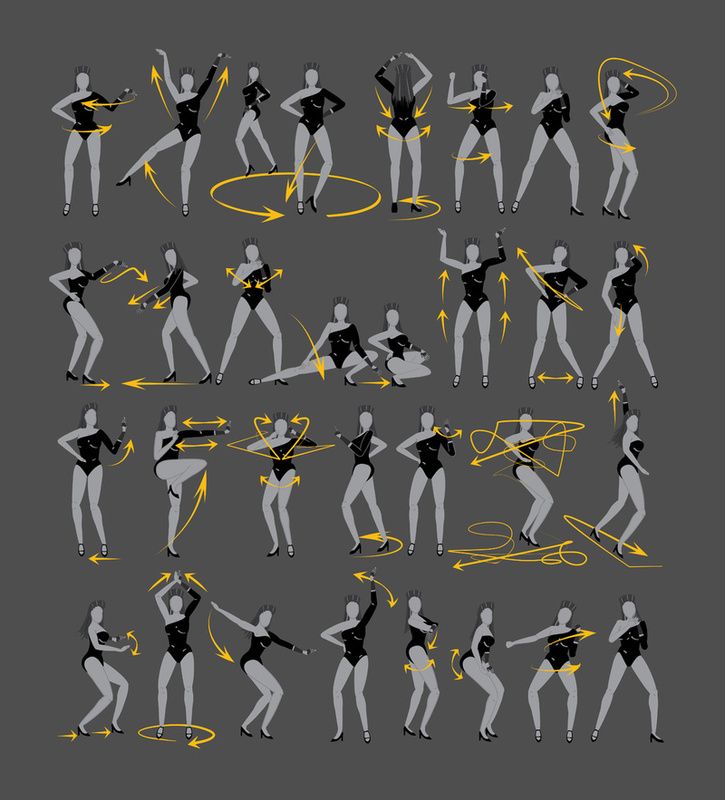 That is why all of our trips are flightless in destination, fully carbon offset - and we have ambitious plans to be net zero in the very near future.

Is there such a thing as German dance?

While Germans aren't as well known for the national dances like the Scottish, Irish and Maori of New Zealand, there are indeed quite a few typically German dances. However, some of them are so local that one part of Germany might not know what dance the other part of Germany uses. These are usually dances that are used to celebrate local events like the harvest time. Then there are other dances that the whole world knows but does not necessarily trace back to Germany.

Expressionist dance was very popular in the early 20th century and has also influenced American dance. This kind of dance, however, became sort of illegal in the 1930s because the nationalist regime forbid using it. Many dancers fled or were persecuted. 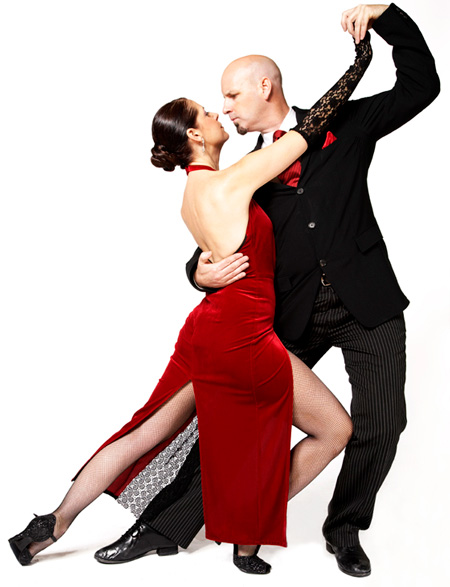 “Der Deutsche” is a traditional German dance from the mid-18th century. It is a dance in which couples dance in circles to a 3/4 or 3/8 tune.

During the beginning of the 19th century, “Der Deutsche” slowly turned into the waltz everyone knows today. This happened by making the tune quicker and adjusting the dance steps to the faster tempo.

This dance is a dance mainly known in Bavaria, and the name can be loosely translated as something along the lines of “twice” or “double the times”. The name can be rather confusing as it doesn't really have much to do with the melody or rhythm of the dance.

It is more likely that the name refers to the fact that a couple dances closely together which had been rather unusual. It is a very old dance, and there are at least one hundred different tunes the dance can be danced to.

This is another dance that is mainly connected to Bavaria, and often performed in traditional Bavarian costumes (which, for some reason, all foreigners think are worn by all Germans in all regions). During this dance, which was originally used to woe women into marrying a man, the men clap their hands, slap their thighs, and jump up in rhythm with the music. It can be a rather amusing look – and why women were impressed by it is most likely one of the questions about Germany that will never be answered.

While Maypole Dances are not only known in Germany, those dances are something that happen in Germany every year. Most little villages are proud about their Maypole dances and their traditions. The dances that are used around the Maypole differ from region to region.

The most common form of Maypole Dance in Germany is the Bandltanz (dance of ribbons). During that dance both men and women (as many as are needed to do this) dance around the maypole and in the process bind together the ribbons that hang from the top of the Maypole.

This is another dance that was popular in the 18th century. It was a dance for couples and a rather active dance at that. There was quite a bit of stamping and hopping involved. It might not have been the most graceful affair. However, it probably was a lot of fun.

While Ballet is performed in many countries, Germany has a very good reputation for its ballets dancers and ballet shows. Kurt Jooss was one of the most popular and influential German ballet dancers.

German “Schwanensee” ballets are also very popular internationally. However, do not make the mistake of thinking that Schwanensee is a German ballet. It is originally from Russia, but has gained huge popularity with German ballet companies. 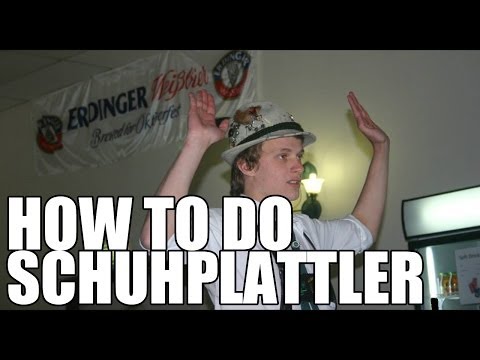