Home » Misc » How to dance soukous

How to dance soukous

Time to do the soukous

Congolese rumba, sometimes called rumba Lingala or rumba Congolais, is likely to join khon, a Thai masked dance drama, khaen music of Laos, chapei dang veng of Cambodia, Cuban son and Dominican bachata on Unesco's Intangible Cultural Heritage list. In August this year, the two countries from the Congo Basin, the Democratic Republic of the Congo (DRC) and the Republic of the Congo (ROC), announced a joint bid to add Congolese rumba to the list.

The authorities in Kinshasa, the capital of DRC, and Brazzaville, the capital of ROC, which sit opposite each other at the mouth of the Congo River set aside their differences to make the bid. DRC culture minister Catherine Kathungu Furaha said that rumba "has been part of our identity, descendants of Africa and all of us, throughout the ages".

Congolese rumba is without doubt the most influential popular genre of dance music in Africa. After the release of Joseph Kabasele's anti-colonial anthem Independence Cha Cha in 1960 (when both Congos gained independence), the genre developed and spread across sub-Saharan Africa to Southern Africa (Zimbabwe, Zambia), East Africa (Kenya, Uganda and Tanzania), and West Africa where it was often called Lingala music (after Lingala, the lingua franca of the Congo Basin).

I have written about this magnificent dance music many times in the past, but a quick recap of the genre's history seems in order for those who have never burst into a spontaneous idiot dance upon hearing Franco's orchestra TKOP Jazz (bands are called orchestras in many parts of the continent) in full flight.

The genre developed in the 1930s and 1940s as local Congolese musicians emulated the sound of Cuban son music that was being played on radios and imported on vinyl. Although the Congolese called the music rumba, the music they were hearing and liked to play was the Cuban son, which developed in Cuba in the 19th century.

It sounded so familiar to the Congolese and musicians soon started to write their own lyrics in Lingala; they also enthusiastically took to the guitar.

Papa Wendo, who toured Europe and the USA in the 1940s and 1950s, was the first rumba star and by the 1950s big bands had bass guitar, drums, percussion (conga drums), up to four electric guitars and hot brass. 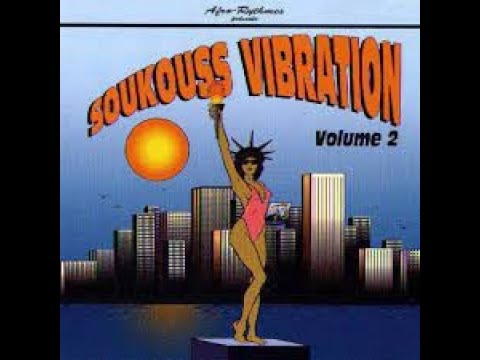 Franco, perhaps Africa's most famous musician, a guitar prodigy as a child, added what is called the "mi solo" guitar (weaving between lead and rhythm guitars).

In the 1960s, new acts like Franco's great rival Tabu Key Rochereau and guitarist Nico added touches from the Caribbean, Latin music and US soul music, further developing the genre and raising the dance tempo. Dance crazes emerged like the soukous, which means to shake and as this newer, more exciting style was exported, it began to influence highlife (West Africa), palm-wine music, makossa (Cameroon), taarab (Tanzania and Zanzibar), and chimerenga and jit (Zimbawe). The political uncertainty and repression during the rule of dictator Mobutu Sese Seko in then Zaire led to an exodus of Congolese stars to Europe (Paris and Brussels) and other parts of Africa, especially East Africa.

Some of the East African soukous bands like Orchestra Les Mangelepa are still going strong with their classic 1960s/1970s sound (see a review of the Last Man Standing album in a previous column).

The Tanzanian-based Zairean exiles like Remy Ongala went on to enjoy stellar international careers. Indeed, I met some Congolese musicians when I was living in Tokyo who had formed Vundumuna, a band that played a residency at the Piga Piga Club. The Dar-e-Salam-based band Kilimanjaro Connection Band played two residencies in Bangkok in the 1990s.

I have only seen one of the two giants (Franco and Rochereau) perform live with a huge orchestra. I saw Tabu Lay Rochereau and Afrisa International in London in 1989. To the classic 60s line-up, Rochereau had added an "animateur" (a kind of MC who winds everyone up), female singers and very hot, James Brown-style brass.

Rochereau and Franco were rivals; one of my Congolese friends told me that the ladies liked Rochereau because of his sweet voice while the guys liked Franco for his brilliant guitar, hard-edged voice and social commentary. My friend told me that he listened to Franco "to get the news".

Many musicians and dancers who learned their craft with the big orchestras left to create their own bands and as the golden era of the 1970s soukous years faded new youth bands like Zaiko Langa Langa emerged, leaner and stripped-down (as with Thai luk thung and molam, keyboards replaced brass during this period). 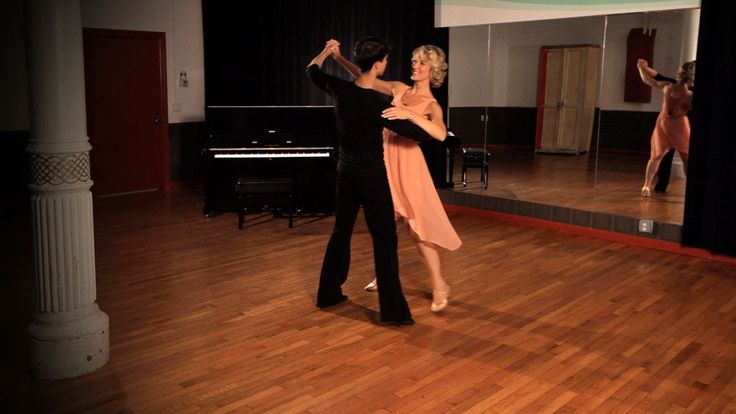 And while synthesisers and drum machines were incorporated, the connection to rumba always remained, in the intertwining guitars, the tight vocal harmonies and the high hat/snare drum pulse that always remains at the root of the music.

Typically, a classic Congo rumba song begins with a slow, often simple solo guitar intro with vocal harmonies. The lead singer joins in a call-and-response and after this slow, seductive introduction the (four) guitars kick in and the rhythm is doubled or tripled in what is called the seben section. This is the point at which the audience erupts into spontaneous dancing, the women singers in the chorus of the orchestra hitch up their sarongs and begin to dance. There is, in my view, nothing quite like a Congolese band in full Congo rumba mode.

John Clewley can be contacted at [email protected] 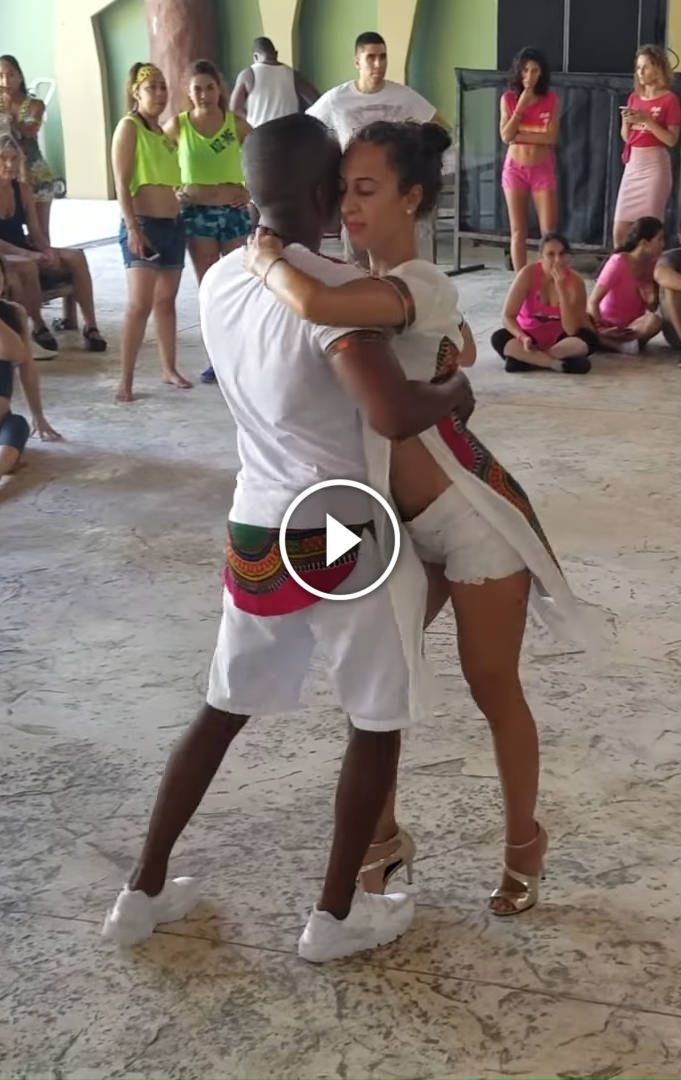 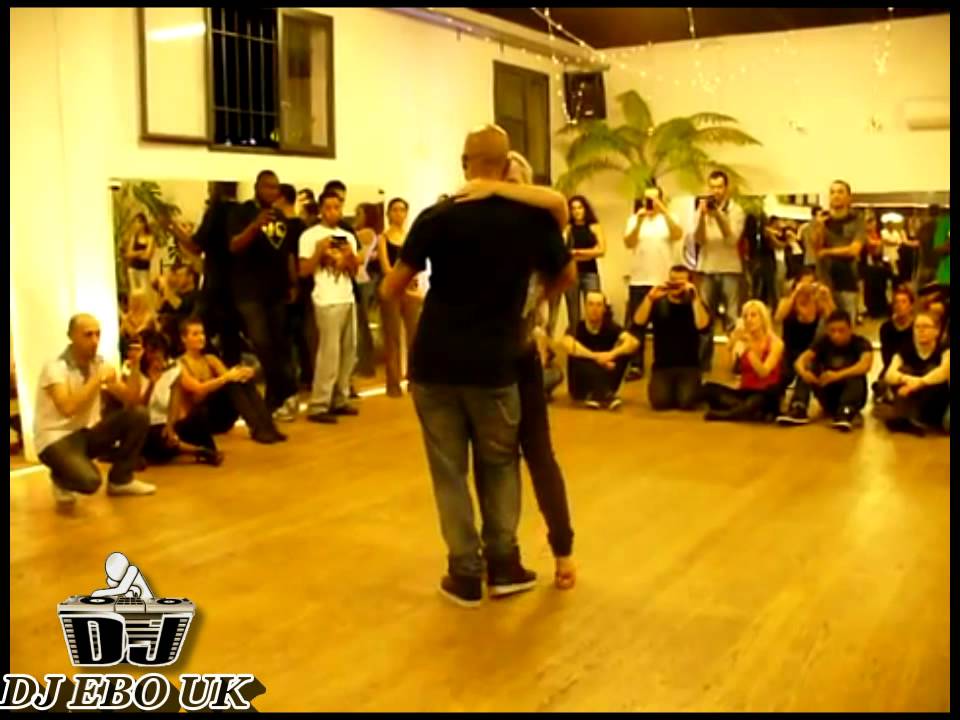 🔥 You need to save this on your dance playlist! 💃🏽💃🏽 Our favorite dance rhythms from Congo! #soukousdance #congolesetiktok #congodance #okayafrica

TikTok video from okayafrica (@okayafrica): "🔥 You need to save this on your dance playlist! 💃🏽💃🏽 Our favorite dance rhythms from Congo! #soukousdance #congolesetiktok #congodance #okayafrica". original sound.

son original - Section Pull Up Off 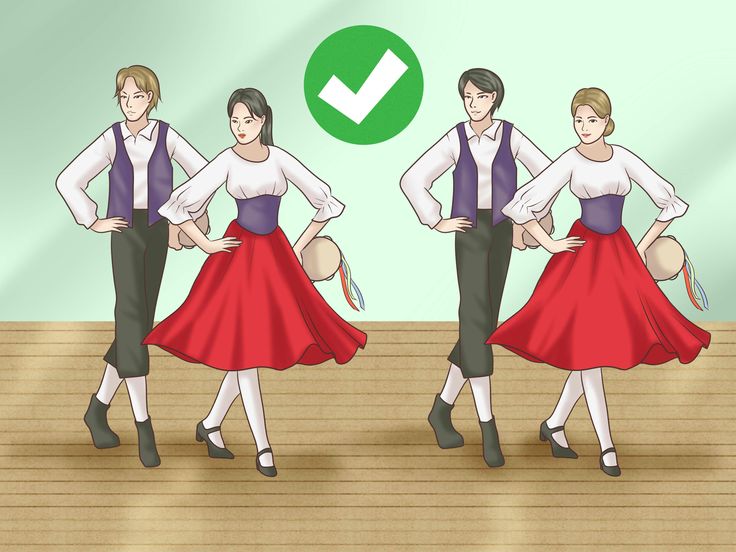 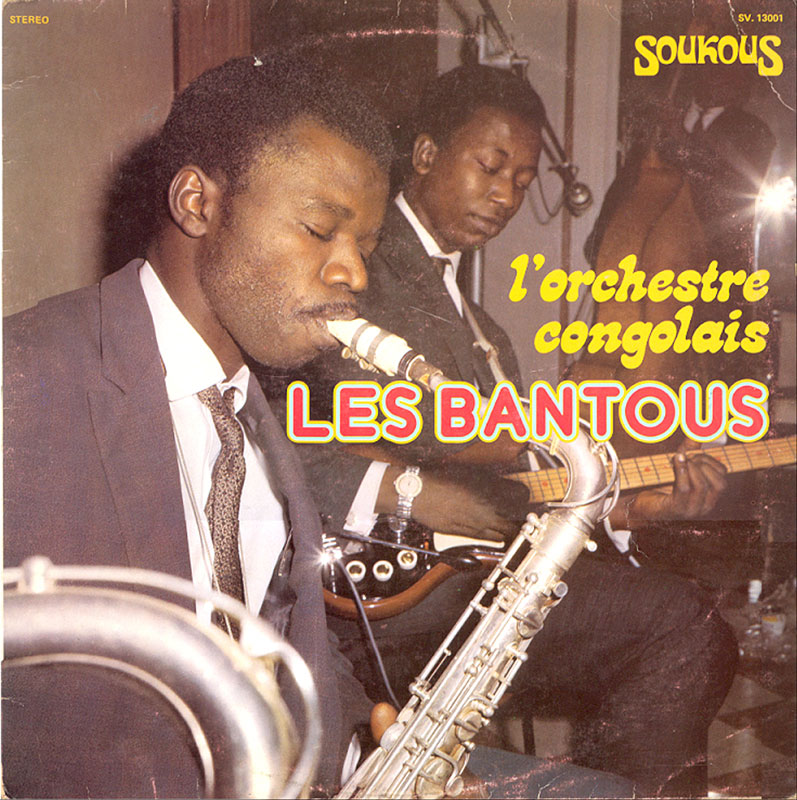 "Our music was once called pure, unclouded joy. And we really try to bring people positive bright emotions that people in this world lack. This is a kind of purification of a person through the music of joy.

According to him, "Kimbata is one of the few Afro-Russian projects - maybe there are only two or three similar projects of this level in the world."

The band, in addition to Chistyakov himself, includes Kimbata co-founder and soloist and guitarist Andre Pelenda, who came to Moscow from the Congo, as well as other musicians.

"We are all great experts in the field of various African cultures, and we mainly write music ourselves, trying to follow the style that was popular in Africa in the 60s. Some kind of style," the musician said, noting that they sing in Kimbata "principally only in African languages".

Chistyakov noted that Kimbata fans are "completely diverse people who are united by a love for good, high-quality ethnic music and dances."

"It's great to dance to African music, so it's hard to sit still at our concerts. 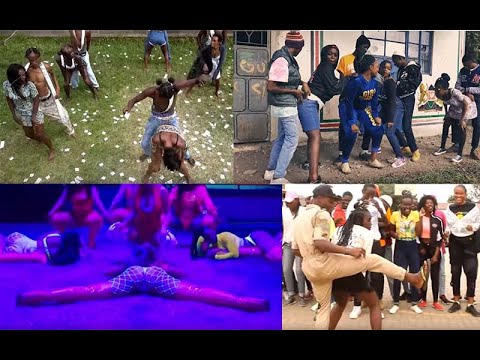 We even arrange a concert on the principle of increasing: first we play calmer classical rumba, and then we move on to faster and more danceable music. Thus, we slowly we warm up the people and draw them into the dance," explained the founder of Kimbata.

The Dawn of Latino Discos in Bulgaria and Salsa Doctors

In the days of socialism, travel outside the camp was a privilege for the few. But there was one district in Sofia - the Student Town, where you could hear foreign speech on the streets. In those years, the first Latin parties in Bulgaria began to be held there - in student reading rooms. With the advent of democracy, the first discos began to appear, where Latin American music sounded. In 1992-1993, people gathered to dance to this incendiary music at the Anaconda disco. The owner of the discotheque and his friend Eduard, half Cuban, invited Rodolfo Sanoni Gomez from Ecuador to work as a DJ, he became the first DJ and a legend among fans of Latin music in Bulgaria:

“For those who live in a foreign country, there are two main rules - to respect the laws and traditions of the country and to pass on the best of their culture. In my case, it was the music and dances of my continent, , said Sanoni. – The best parties took place during this period. There was no commercial spirit then. At first, many girls came. It was difficult for men to accept our way of dancing, they thought that such movements did not suit them. And for me it was strange that groups of men and women danced separately in Bulgarian discos. Then they listened to disco. In Latin America they dance in pairs. A man invites a girl and they dance together, and a special energy arises between them. Gradually, guys who danced beautifully began to come to our parties ” .

The first Latin American dance lessons in Bulgaria were held at Club-33 in Student City. “One dentist, Theo, a Bulgarian who lived in Germany and learned to dance salsa there, agreed to give free lessons an hour before the disco,” recalls Sanoni. At the parties then Venezuelans, Cubans and Dominicans set the tone. “The best dancers are from Central America”, – clarifies the DJ. 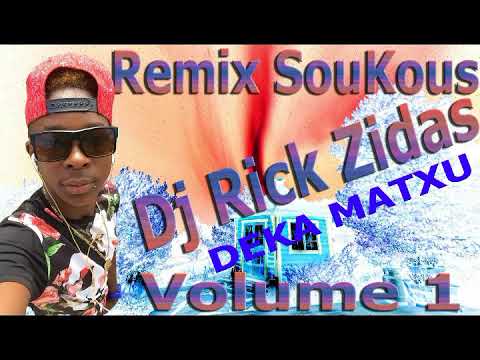 He recalls that the club had a table booked for diplomats who came regularly. Then in Bulgaria there were embassies of Peru, Mexico, Argentina, Brazil, Venezuela, Ecuador, Colombia, Uruguay and other countries, and today there are representations of only four countries in Latin America. In those days, without the Internet, diplomatic workers brought modern Latin music to Sanoni. He brought the other part of the records from Switzerland, where he traveled for work.

Mikhail Dimov came to one of these parties. In 1998, he and Theo founded the group Salsa Doctors, DJs who were opposed to the emerging commercial approach to Latin parties. They called themselves “salsa doctors” because Theo was a dentist and Michaud believed salsa was medicine:

“We are like healers through music and dance. When people are dancing, smiling, charged with emotion, this is medicine. We've always played very emotional music, not trendy."

But let's go back to 1995, when Michaud visited Club 33 for the first time, and Sanoni was at the DJ booth. 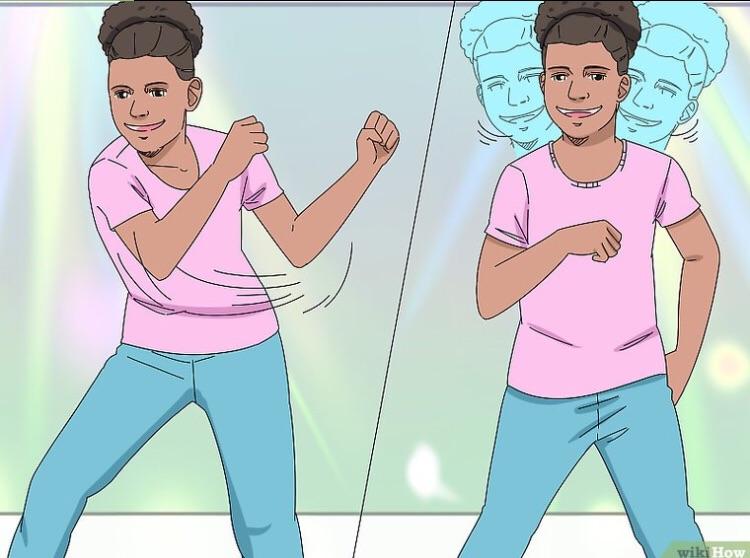 “A whole Universe opened up before me, it was a unique mix of salsa, merengue, cumbia, African souks music, beautiful blues. There was no bachata in such quantity as today. There were guests from Europe, Latin America, Africa. It seemed to me that I was not in Bulgaria, - Micho recalls. - We learned to dance by watching and asking how Latin Americans themselves learn. They pay less attention to the choreography of the dance than to the emotion. “But at some point the situation changed. Many dance schools began to appear. Sports and fashion are combined. This type of dancing surprises Latin Americans. It's like sports dancing. And in the beginning there was no such sports element. There was a holiday and a kindred of souls. People came to Latin discos because they really liked it.”

When asked why he decided to become a DJ of music so far from Bulgarian culture, Micho says that for him people are divided into two categories - some attract the unusual, while others scare. 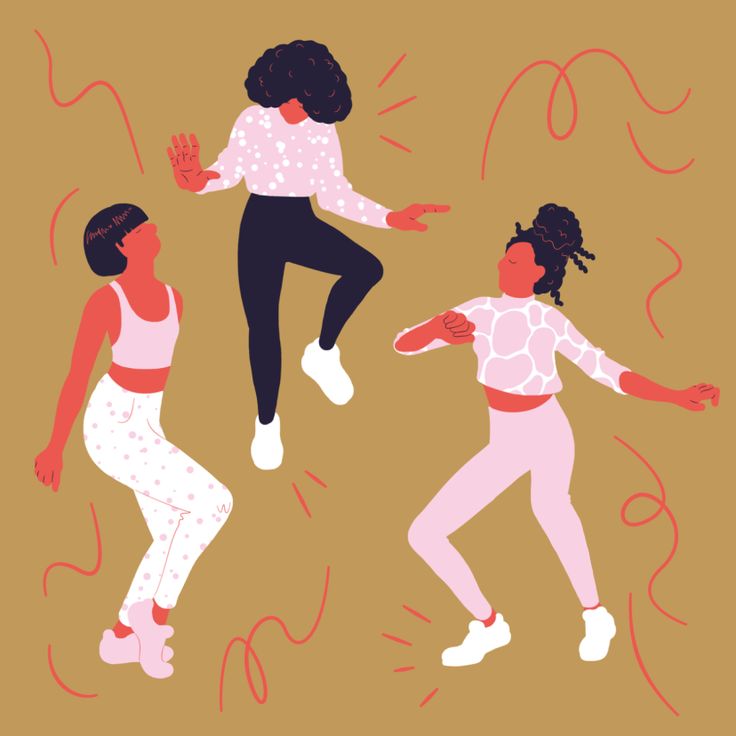