Home » Misc » How to become a dance adjudicator

How to become a dance adjudicator

If you’ve ever attended a dance competition, or even watched one on TV, you’re familiar with the ever-present panel of experts whose opinion matters most when it comes to your score. Ever wondered how they got there or what the job is really like?


Something in the shadows? Judges watch dancers while tucked behind their dim table. (Photo courtesy of LADF)

“Most competitions and conventions feature a set group of industry professionals who teach and judge their events,” says Randy Allaire, founder, president and general manager of L.A. Danceforce, Inc., and executive director of the LADF International Workshop Competition and Showcase in L.A. Many comp companies hire the same judges year after year. But don’t be discouraged; they’re always looking to add fresh faces to their panels. DS spoke with several judges and competition owners to bring you the ins and outs of the biz.

Before you start your job search, make sure your resumé is up to par. There are certain elements you’ll need in order to get a callback.

Naturally, performance experience is a huge plus, and having a working knowledge of as many genres as possible is key. “As a judge, you’ll be expected to have a knowledgeable opinion on every dance form—in addition to singing, acrobatics and cheerleading,” says Jason Leonard Kalish, tap dance teacher and judge for Hollywood Connection Competitions and Conventions in L.A., and professor for tap dance technique at Kennesaw State University in Kennesaw, GA. (Think about the judges on “SYTYCD”: They have to speak intelligently about everything from hip hop to paso doble!) Your chances of getting hired increase depending on the level—and breadth—of your dance knowledge and experience.

While there is no minimum age requirement, teaching experience helps judges to gauge and analyze a dancer’s abilities in a way that performance experience sometimes cannot. “The real aspect of judging is not judging, but rather adjudication and recorded critiques,” says Brian Santora, a dancer and choreographer who has judged for DANCEAMERICA and Dance Olympus, as well as many scholarship competitions throughout the country. 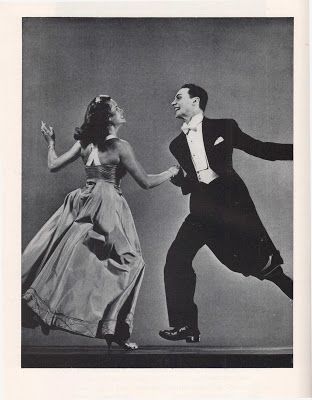 “It’s your responsibility to analyze the dancing before you can effectively express the dancer’s success or shortcomings in an encouraging and effective manner.”

Your next step is networking. According to Nancy Stone, vice president of Dance Olympus, DANCEAMERICA and International Dance Challenge competitions, in Ft. Lauderdale, FL, judges are often hired by word of mouth. “We’ve been in business a long time,” Stone says. “So if someone who has been judging for us forever says they have a friend who would be great, I go on that recommendation.” Speak with teachers, fellow dancers, friends—anyone who might know someone hiring at a competition. “In show business,” Kalish says, “it’s not who you know, but who knows you.”

Contact the companies you’re interested in working for and find out what their preferred application and hiring processes are. Certain comps, like Dance Olympus and DANCEAMERICA, require a headshot, video and resumé. 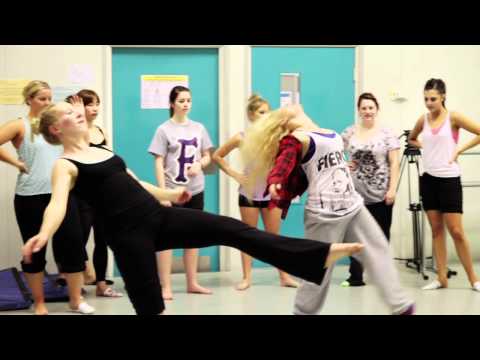 Others want you to demonstrate your prowess in person or during a phone interview. “They may ask you cold questions, like ‘Give me corrections on the pirouettes that I just fell out of,’” says Kalish. “If you don’t know what to say, then you’re probably not ready to be a judge,” he warns. Directors want to know that you make wise, educated decisions—and can communicate well with dancers.

“Finding qualified and responsible judges is actually harder than it appears. People submit their resumés for judging on a daily basis,” says Jessica Wilson, whose role it is to sort through applications and determine who is qualified to be a JAMfest judge. “It’s not a bad idea to call and introduce yourself before submitting your materials.”

“Judges must have the ability to analyze, compare and rank,” says Allaire. “They should understand production and choreography and need to differentiate between smart theatrics and poor technique.” They must be familiar with which techniques and performance levels correspond to the appropriate age and award levels, as well as take notes, give corrections and offer constructive criticism to performers.

“Teams need to know why they were given the scores and placements they received,” Wilson explains. This means that judges need to write out comments by the end of each routine.

Patience and flexibility are two must-have attributes in the judging world. Competitions can last anywhere from five to 12 hours, and from one to five days, often with few breaks. A judge’s demeanor and attitude affects every dancer onstage, so they must maintain a level of professionalism and respect at all times. “Good judges learn how to pace themselves so that they remain effective,” says Allaire. Equal attention and care must be paid to the first dancer all the way up until the last performer.

Is Judging for You?

If you find yourself constantly encouraging others, giving corrections in an inspiring way or watching dance all day, judging may be the perfect job for you! Examine the things that you enjoy in life: Writing? Critiquing? Being organized? While becoming a competition judge isn’t easy, with the right skills, you can make it happen. 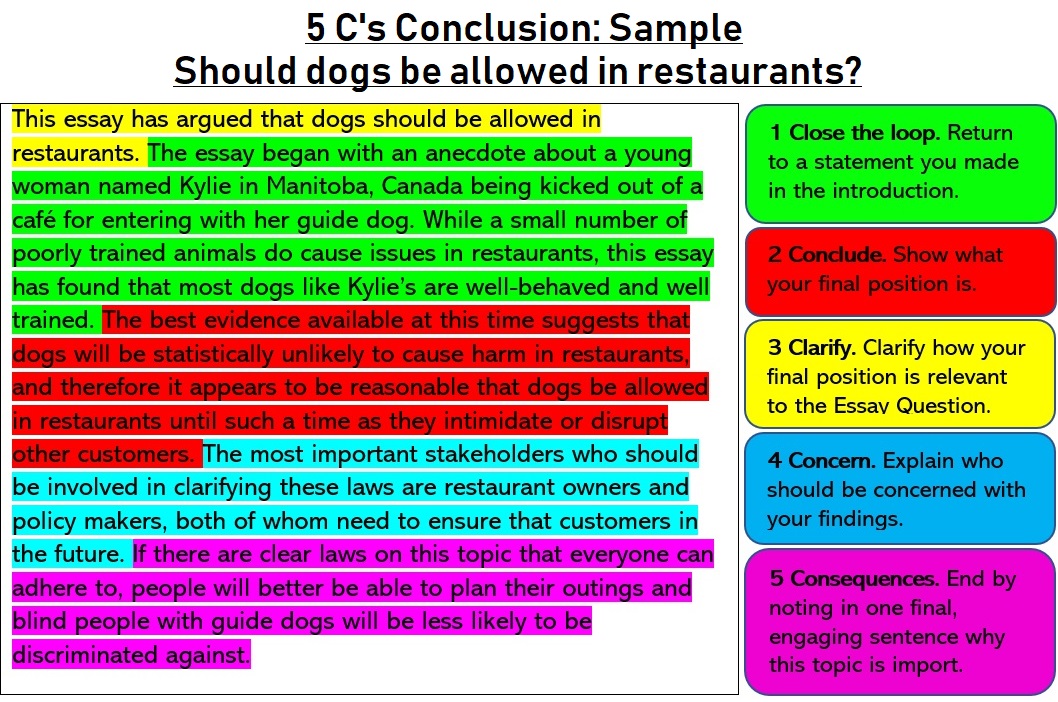 When you market yourself, be natural, confident and prepared. “All in all,” says Allaire, “the role of a competition judge is part judge, part dance critic and part inspirational communicator.”

Lee Erica Elder is a freelance writer in NYC.

All of our adjudicators have got an extensive experience in the field of dance and dance sport. They are competent and professional individuals who have a strong dance background, mostly as former dancers, competitors, dance teachers and/or national dance adjudicators.

In order to become an IDF Official Adjudicator candidates need to obtain approval from their national federation before completing the required training and passing an official exam.

We are committed to constantly developing our adjudicating panel, which is why we offer a variety of professional development opportunities, including innovative workshops and contemporary resources.

How to become a judge MARKS

Dear colleagues! We are pleased with your decision to become part of the MARKS dance family and get the right to evaluate MARKS events. 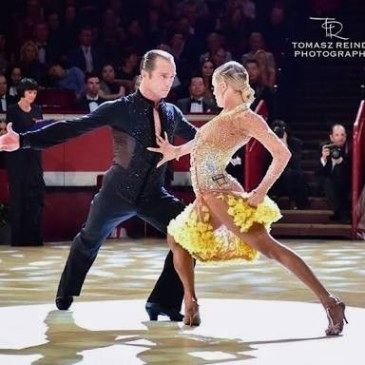 Assignment of the MARKS judicial category is carried out by passing a judicial attestation. Certifications are held several times a year at major MARKS events or at events where the head of the Oriental Dance Department is present - Dorosh Tatyana Pavlovna (oriental direction) IDF Technical Director - Anikeev S.A. (for show and street disciplines). ATTENTION!!! You can take the exam online! To find out this possibility, contact the MARKS manager. In MARKS there is a division of judges into the following categories: The transition from category to category occurs from the lowest to the highest, by passing certification. Assignment of the initial qualification category is determined in accordance with the level of the applicant's special training and passing exams in the prescribed manner. That is, the applicant, when joining the Judicial Board of MARKS, may express a desire to pass on the judicial category above the 4th. 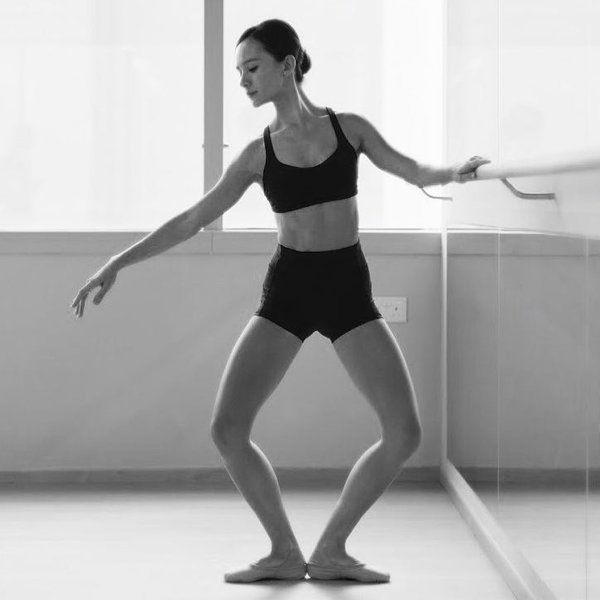 To improve the judicial category, it is necessary: ​​to undergo judicial practice at several events (the Regulations on the Board of Judges of MARKS indicate the number of events, depending on the judicial category), pass certification. Increasing the referee categories is only possible with a step of one category, without jumping over one or two categories, obtaining an initially higher level than the 4th category is possible only during the initial certification. If you have a referee category assigned by another organization, then you will need to confirm the category at MARKS by passing an attestation or an interview. In exceptional cases, it is possible to assign the appropriate category of a MARKS judge without passing an attestation or an interview. Attestation is an examination consisting of three parts: Materials can be found in the relevant sections of the MARKS website: STREET DISCIPLINE https://marksdance.ru/marks/street-dance-department/, SHOW DISCIPLINE https://marksdance.ru/marks/show-dance-department/, ORIENTAL DANCES https://marksdance.ru/marks/oriental-dance-department/, If a judge is not engaged in judicial activity for a long time (more than 1 year) and does not renew the MARKS Technical Card, the judicial category is automatically removed from him and it will need to be re-confirmed. Accounting for all events at which the judge performs judging is kept in the MARKS database under the judge's account. 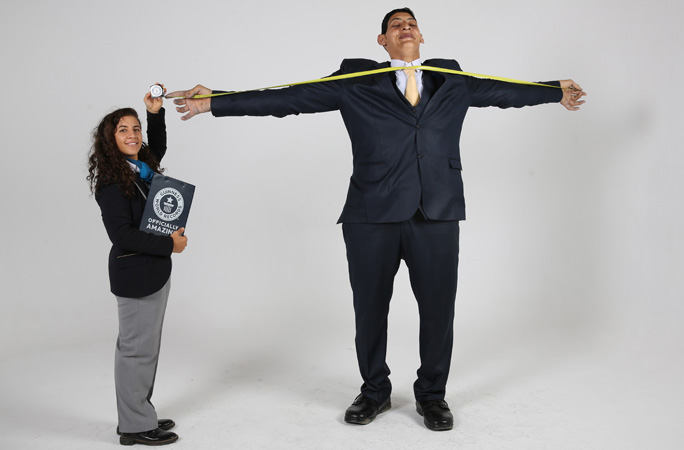 What you need to get the category of judge MARKS: If you have any additional questions about passing the judicial attestation, please contact the MARKS office by phone 8 800 3 016 016 (the call is FREE from all mobile and landline phones in Russia) or by e-mail: [email protected]

INSTRUCTIONS FOR PREPARATION FOR THE CERTIFICATION OF JUDGES MARX ORIENTAL DANCE DEPARTMENT 02. 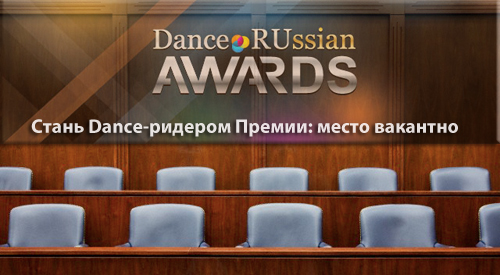 See you at the certification and events of MARKS!

Taking part in this or that tournament, no matter what level, we rely on an objective assessment of the members of the judging panel. Will it be a "cabal" tournament, city, republican, regional, federal or world significance... There are no clear refereeing criteria... but there are clear refereeing rules! There is a code of ethics and conduct for judges of the FTSR. Did not know? Now find out!!!

So, let's go through the points indicated in this code.

Rules for Judges prohibit judging in the following cases:


The position of a judge has a status associated with high confidence. That is why the judge, before the start, during and after the competition, in which he officiates, is obliged to comply with higher standards of behavior than those imposed on other subjects of the competition. In order to ensure compliance with the mentioned high standards of conduct, the judge must comply with the following rules:


During the competition, the chief referee has the right and obligation to monitor the observance of this Code by judges, both accepting and not taking part in the relevant competitions.


The Presidium of the FTSR has the right to reprimand such a judge or apply one of the following disciplinary sanctions against him: