Home » Misc » How to do the fox dance

How to do the fox dance

SAPPORO--Although mired in a losing season, the Hokkaido Nippon Ham Fighters have been crazy like a fox this season, starting with the hiring of the team’s colorful manager, "Big Boss" Tsuyoshi Shinjo.

Now, another foxy move is bringing smiles to their faithful fans, although the Fighters will likely soon end their season at the bottom of the Pacific League standings of Nippon Professional Baseball.

On Sept. 19, the mood of the 36,000 fans filling the stands of Sapporo Dome was exuberant and upbeat, thanks to the catchy "Fox Dance" popularized by the team's cheerleaders.

Ylvis, a Norwegian comedy duo of brothers, flew all the way to the stadium in the capital of Hokkaido to sing and dance “The Fox (What Does the Fox Say?)” at the opening of the game, which the dance is based on.

They made the song, comically mocking the cry of a fox, nine years ago.

The song, released on YouTube, went viral, and the duo was invited to perform on shows and other venues in Europe and the United States.

But the duo had been obscure in Japan until Saori Ogure, a Fighters staff member, came up with the idea of turning the song into a new home game attraction.

Ogure said she saw a video of the duo singing the Norwegian pop song two years ago and became immediately obsessed with the addictive melody. 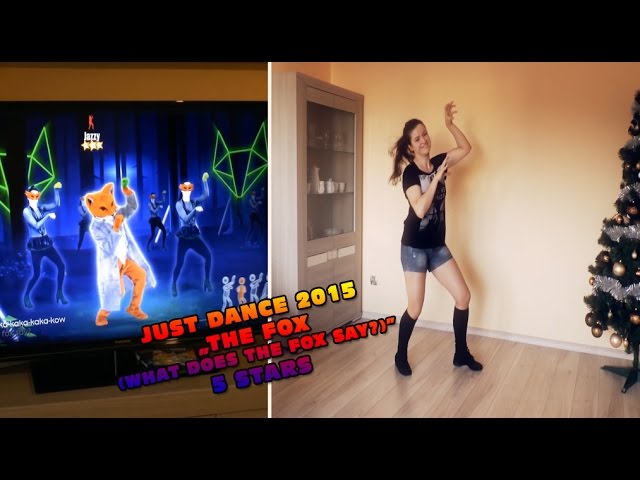 She thought it would be a great addition for the cheerleaders but waited until the moment was right.

That moment came with the arrival of the fun-loving Shinjo.

The team decided to completely revamp the home game attractions and events.

Ogure proposed a new performance featuring “Frep the Fox,” the team’s mascot, an Ezo red fox, or "kitakitsune" in Japanese.

The beloved Sapporo Dome will no longer be the Fighters’ home stadium after the season ends in early October.

Next spring, the team will relocate to a new stadium in neighboring Kita-Hiroshima city, where many Ezo red foxes make their habitat.

Ogure started dancing when she was 7 years old.

Influenced by her father, who is a big baseball fan, Ogure spent her weekends working as a member of the team’s cheerleaders known as “Fighters Girl” for six years.

Now, as a team’s employee, she choreographed the Fox Dance.

Fans have been discouraged about loudly cheering and shouting during the COVID-19 pandemic. 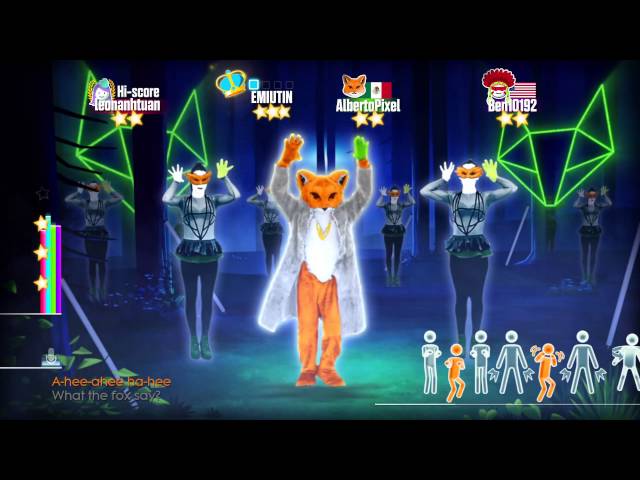 So, she wanted the routine to be easy for everyone, particularly children, to dance while remaining in their seats.

At every home game, the Fighters Girl members and Frep the Fox performed a choreographed dance, howling like a fox while holding their hands around their mouths and mimicking the jumpy moves of a fox.

The dance immediately became a huge hit and an entertaining asset to the struggling team.

The team’s official video of the dance was viewed about 40 million times by the end of July. Players of the Fighters and visiting teams have danced to it.

LUCKY DAY OF THE FOXES

As the season dwindled mercifully to a close, the team planned a special live performance for the Sept. 19 game against the Chiba Lotte Marines, inviting Ylvis from Norway.

The duo walked out to the field in stuffed fox suits and received loud cheers from the stands.

About 300 members of a dance academy joined the special performance with the duo, the Fighters Girl and Frep the Fox. 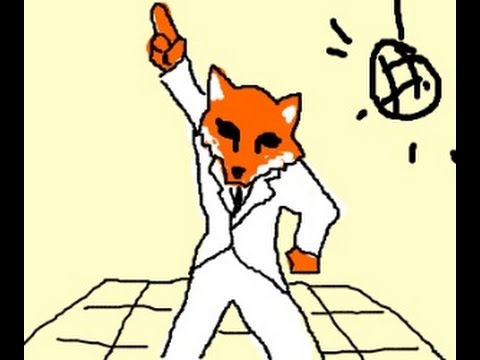 The duo’s older brother, Vegard Ylvisaker, 43, jokingly said after the performance, “We can get used to this.”

He added, “I think it’s very nice that the Japanese people take some time to actually find out what is really good quality, and they appreciate it.”

The duo said they had always wanted to come to Japan and appreciated the invitation from the Fighters.

After the performance, they stayed and watched the game.

Kotaro Kiyomiya, a 23-year-old slugger of the Fighters, has been seen dancing to the tune more than a few times during the season.

But dancing to the live performance of Ylvis was special, he said.

“It was more than I could imagine,” he said, after going two for four on the night at the plate.

And the Fighters shut out the Marines, 4-0, to send the fans home happy.

“It was big for us to win it on a day full of foxes,” Kiyomiya said happily.

“I’m just full of emotion right now that the Ylvis have come to Sapporo Dome,” she said. 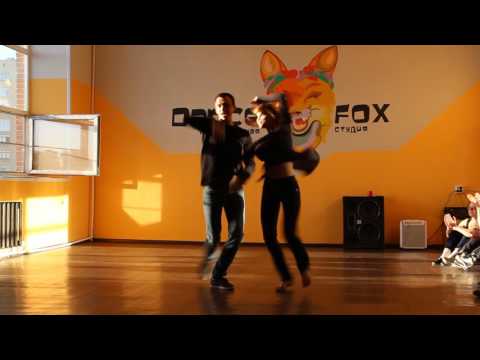 “I hope the Fox Dance becomes more popular and a new specialty of the Fighters.”

FOX Weather's Nick Kosir takes a break from predicting and tracking storms to bring the heat on the floor learning a new dance challenge with dancers Comfort and Bailey for SYTYCD's annual All-Star episode.

NEW YORK -- FOX Weather's own 'Dancing Weatherman' Nick Kosir is about to take the stage this week with the dancers from FOX's hit show: So You Think You Can Dance.

The dance competition features amateur dancers of all genres who compete each week with the winner ultimately crowned "America's best dancer. 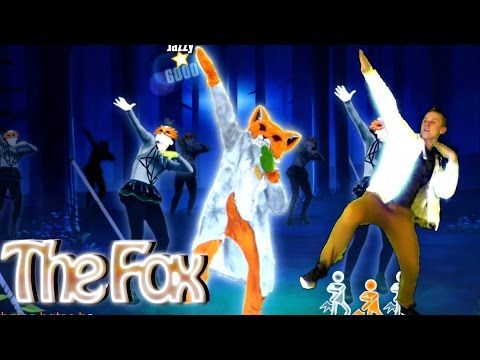 Kosir took a break from tracking storms to bring the heat on the floor learning a new dance challenge with ‘Dance’ alums Comfort and Bailey for SYTYCD's annual All-Star episode.

"Remembering choreo is a pain in the Doppler Radar," Kosir laughed during one practice routine.

Kosir has been dancing his way across weather studios, and social media feeds for three years.

"It started in 2019 when I worked at FOX 46 in Charlotte, North Carolina," Kosir said. "Management encouraged us to have a strong social media presence. I was scrolling through my Instagram feed looking for inspiration when I saw a video of some guys dancing and thought, 'I could probably do that.' "

He learned the dance and performed it in the studio the following week and then posted it to Instagram before taking a nap.

"I woke up to thousands of messages – and followers," Kosir said. 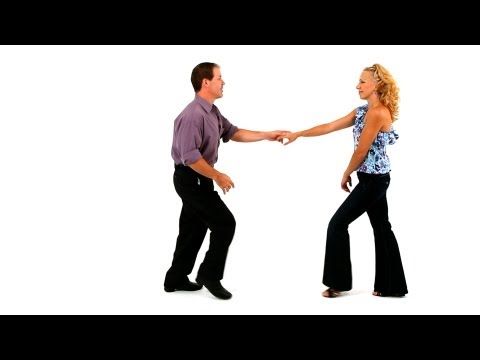 "Ironically, life has felt like a bit of a dream since I woke up from that nap. Not only did I find my groove on social media with dancing, I also found an outlet to be creative, connect with others and make people smile – and that’s what keeps me dancing."

Kosir says one of his most challenging videos was to wow the crowd live during a 4th quarter timeout of a Brooklyn Nets game in 2021.

"This one sticks out because it was live, so I had to nail it the first time… and I was nervous!" he said. "On top of the nerves, I was struggling to hear the music over the sound of the crowd and my shoes were struggling to glide on the court. This was one I was scared to watch back, hoping I didn’t mess it up. Was relieved that it turned out and got a great response from the crowd!"

But of the hundreds of dance videos he's since posted, Kosir says his first one remains his favorite. 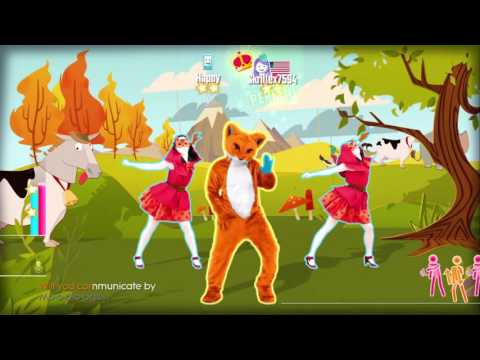 "I two-stepped out of my comfort zone and tried something new in the weather studio," he said. "Mixing my personality with my profession was a bit of a risk. I’m so grateful for the encouragement I got to keep going… being able to be yourself is the best thing ever, and that video allowed me to start being myself at work and online for the world to see."

And maybe someday he'll have company. I asked Kosir who on the FOX Weather Staff has the best moves.

He thinks it'll be his co-host on America's Weather Now: Marissa Torres.

"She says she can’t dance but she doesn’t give herself enough credit… she’s got some moves," Kosir said. "In fact, I’d probably say she has the best moves on the FOX Weather staff."

But for now, it'll be sharing the stage with Comfort and Bailey in front of millions of 'Dance' fans.

"At the end of the day, my mission is to use social media to connect with others and make people smile," Kosir said. 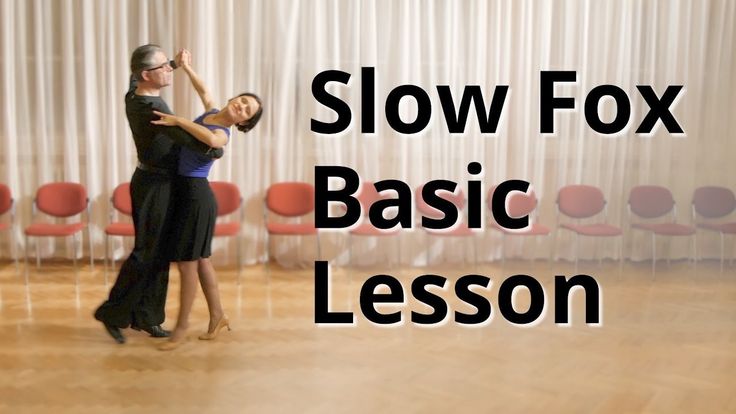 "Having the opportunity to be on SYTYCD is exciting because it gave me the opportunity to connect with two incredibly talented dancers, and hopefully make families watching smile. I also love the bigger story here… how our lives intersected on SYTYCD because we followed our dreams. For each of us, it’s taken a little rhythm and a whole lot of hard work and courage to get here."

Fox Wars #3. Today there will be dancing in our club...: dmitrynd — LiveJournal

Fox Wars #3. Today there will be dancing in our club...: dmitrynd — LiveJournal ? Categories: I continue the fox series. It looks like the foxes are dancing and even singing. But this is not entirely true - not at all - foxes divide the territory.

The hearty summer is over, the birds have flown to the South, but the mice have remained. Foxes share mice :) Or dance farewell tango? Well, whichever you prefer.

And it started snowing, such circles are obtained when the flash illuminates the snowflakes. Which are out of focus (next to the lens) spoil the frames very much, many have gone into marriage, but let these ones be. There are no others... Uniquely.

The foxes growl and show their mouths, and so they stand with their mouths open. But don't bite, it's a game of nerves. Although the jolts are quite significant, and the released claws on the paws are clearly not for affectionate hugs. 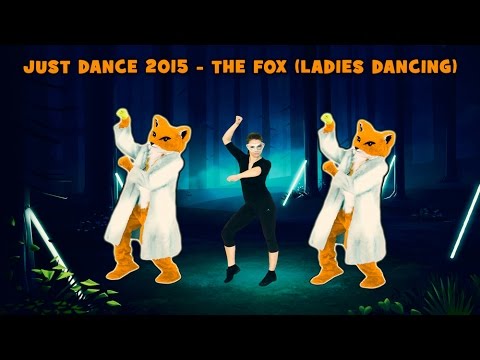 But everything is bloodless.

Traces of a car are visible here - therefore the frame is not a photographic one - traces of human activity are not allowed. It is necessary to shoot in such a way that only wild, untouched nature is in the frame. But I have a story about foxes here, so I can :) Otherwise, how can I tell that I went out on the porch in the evening , and here the foxes are fighting. Well, I took the camera and filmed how it was.

And one fox was lame, because in some shots he has one paw hanging unnaturally, he cannot rest against his opponent's chest with it. But he does not give up - the last chance before a hungry winter to capture mouse stocks. The lame man did not succeed, he could not drive out our fox. Sad but true - the strongest wins.

The name was taken from Kuzmin V., so one sticky song began. I was even at his concert in 198? in Rostov-on-Don. "Dynamik" - the group was called. Once I liked it, and then I listened to the texts . .. and everything went like smoke from white apple trees ... Eka skidded me, but oh well, few people will read this far. Thanks :)))

Fox wars #1. This is such a movie: an opponent on the shoulder blades, but he does not give up!
Fox Wars #2. Whose tail is this?

In order to make a report, you must turn in the three plans listed in the title. It's simple, these three pictures can tell enough about the event...