Home » Misc » How to dance the macarana

How to dance the macarana

How to Dance the Macarena

How to Dance the Macarena

It has been nearly seventeen years since the song Macarena was released in Spain in 1994. Even now, it has a cult following all over the world. If you love the song, you will probably want to learn the dance as well. Luckily, Macarena is one of the simplest dances and involves only sixteen simple steps. At the most, an hour of practice should be good enough for you to dance the Macarena properly. Spare the time to learn this beautiful dance and you can win the hearts of people at a party or a wedding ceremony.

The “Macarena” song and dance grew into an incredibly popular fad during the 1990’s. 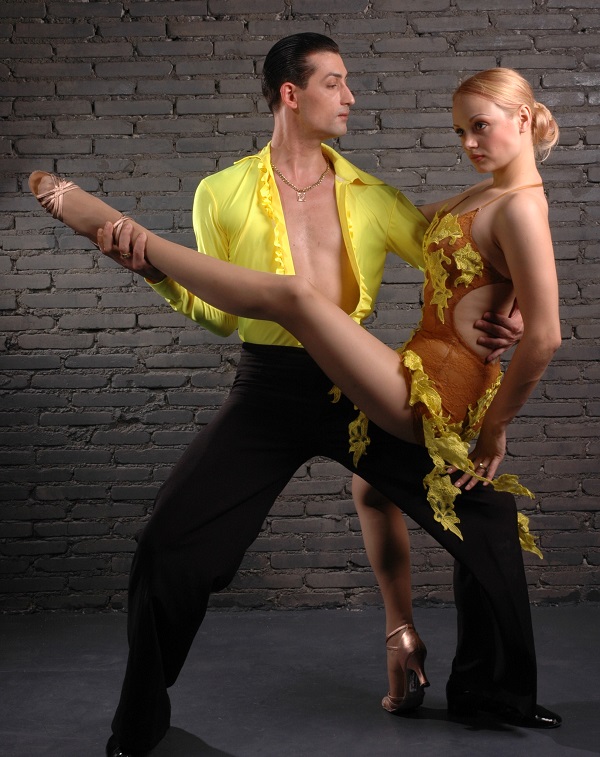 The song and subsequently the Macarena dance spread like wildfire throughout the mid-1990s. The song and dance remain an often-referenced piece of 1990’s pop-culture, mentioned in TV shows, movies, books, and even by a United States presidential candidate.

The Origin of the Macarena Song and Dance

In 1992, the band, Los Del Rio, a Spanish flamenco pop duo, spotted a beautiful flamenco dancer named Diana Patricia Cubillan Herrera at a private party held by the Venezuelan empresario in Venezuela. Her beauty and grace inspired them to write a song. The title of the song, Macarena, comes from a neighborhood in Spain and is also a popular girls name (meaning “Mother of God”).

Originally Los Del Rio was to name the song “Magdalena” but changed the name when they discovered another song by that name had already been released. The song told of a woman, named Macarena, who was upset because her boyfriend joined the army. In retaliation, she goes out on the town to dance with other soldiers. The Macarena was released in Spain in 1993 and became Los Del Rio’s first hit song since 1962.

Several versions of the song were remixed through the mid-1990’s and accompanying videos created.  Each version released was more popular than the one prior.  In 1996, a video was released that featured male and female dancers in the background doing the Macarena dance.  In another black and white video released shortly thereafter, the dancers were more prominent, and viewers could easily mimic the dance moves that they demonstrated.

The Macarena moves to America

In 1994, American label BMG bought the Spanish label and set out to make the Macarena a cultural hit in America. BMG marketed an English version of the song, recorded by the Bayside Boys, to dance clubs, cruise ships, and other entertainment venues and released it as a single in 1995. The Bayside Boys version of the song sold well in United States. It stayed in the US Top 100 for sixty weeks and reached and stayed #1 on the charts for a record setting 14 weeks. 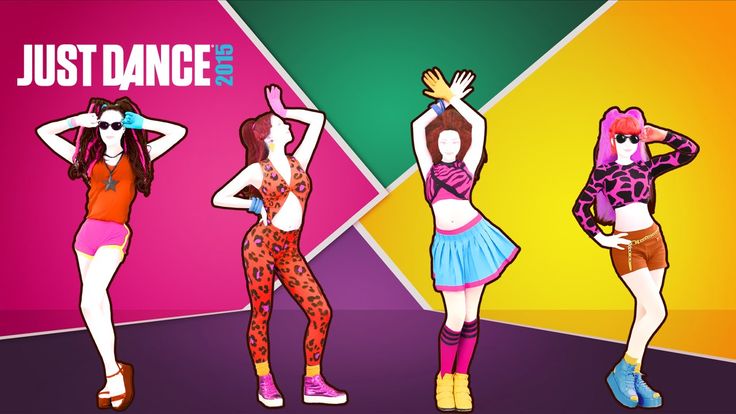 In 1996, sales of the Macarena song expanded further when the Macarena dance craze hit America. By the end of the year, it had sold over four million copies. People danced to the Macarena at weddings, office parties, cruise ships, clubs, school playgrounds, and everywhere else where dancing was permitted. The U.S. women’s gymnastics team did it at the Olympics.  Presidential candidate Al Gore did it on TV.

By the end of the year, “Macarena” had reached the number one place on the charts in at least nine countries, including Australia, Belgium, and the United States.

How to perform the Macarena dance

The Macarena dance is a simple dance that consists of a variety of hand and hip movements similar to a line dance. Each cycle of the dance ends with a ninety-degree rotation of the body (quarter turn), and the dance is then repeated.

To perform the dance, there are eight basic steps to learn. The dance is performed in time with the chorus portion of the song, and is as follows:

Extend your left arm straight out at shoulder level while turning your palm upward. 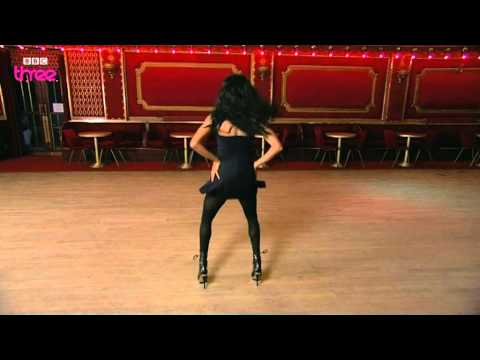 Rotate your hips and buttocks to the left, then the right and back to the left again on beats 13 through 15. On the last beat of the sequence, turn (or jump) 90 degrees in a counterclockwise direction. Start over and repeat the entire sequence as many times as you’d like while the song is playing.

Macarena dance at the 2012 CCP4 Study Weekend, University of Warwick via Flickr by Jun with usage type - Creative Commons License

It seems that only when you pronounce the word “macarena”, a swinging rhythm begins to pulsate in your head. As if the sun rises and wakes everyone up. He calls to raise his arms, torso, makes him turn his head and even his buttocks. The popular hit of the end of the last century still has not lost its charm.

Light choreography and a funny character find him admirers among the youngest and most adults. Where did the macarena dance come from? Who is it suitable for? What is the simplicity of movements and how to learn them? We will write about this in detail.

History and why is the dance called Macarena?

Spanish singers Antonio Romero and Rafael Ruiz formed a duo back in the 1960s. But their group Los Del Rio was able to become popularly known only in 1993 with the advent of the hit “Macarena”. The Afro-Cuban composition in the clave size, which is the basis of it, hit the target - the love of millions.

The song tore apart the world musical space. A light text about a girl who took a guy to the army and, to drown out her melancholy, started dancing at parties with his friends, made the hit fun.

As a result, almost immediately a dance of the same name appeared, shown in the video for this novelty. It has become a combination of several styles:

At the same time, such an alliance did not cause complex movements. On the contrary, the dance surprises with the ease of execution.

The famous name is explained by three versions:

By the way, in the United States, the translation of poems into English somewhat changed the meaning of the text. In this version, the girl is more frivolous and unpretentious than in the original.

The Russian version of the bestseller belongs to Sergei Minaev. It is more of a comic interpretation of the original.

In December 2019, the famous rapper Tyga released a remix of the sensational hit together with the tandem Los Del Rio.

The number of views of the new track is over 98 million.

The basis of this social dance is the simulated choreography of the arms, torso, legs, head, buttocks.

They can be both described and viewed.

So what to do:

For yourself, you can arbitrarily choose the right or left side, which will be the first to perform this or that action.

The legs also participate in the dance. They need to take vigorous steps in place to the rhythm of the music.

You can do it easier. Find a video with an incendiary dance. Watch and repeat after the dancers.

Macarena saves lives. Doctors from Barcelona found that the rhythm of 103 beats / min., In which it is written, is commensurate with the amount of pressure on the chest during chest compressions.

How to dance the macarena - learning for beginners

There are 3 training formats for beginners to choose from. Of course, it all depends on the seriousness of the intentions of the beginner and the desired quality in the end. You can:

It's no exaggeration to say that this is also a children's dance. 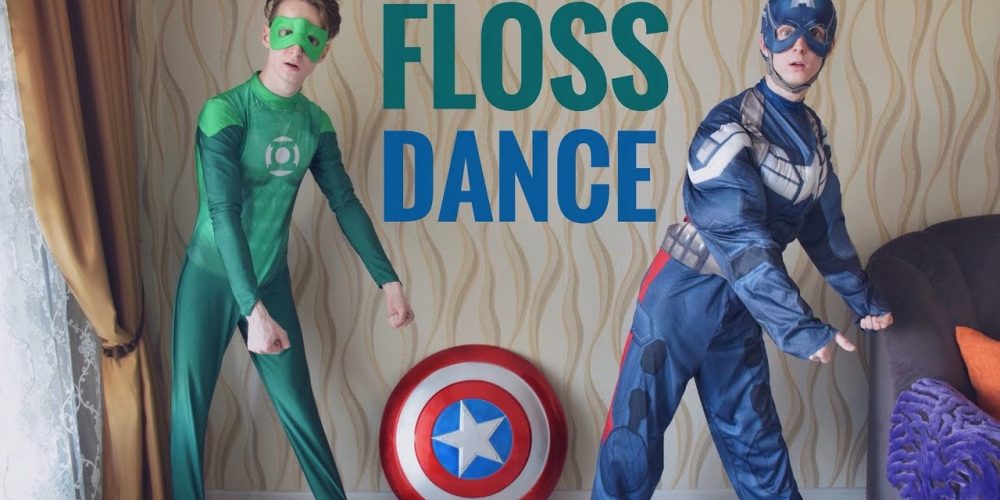 Almost every child perceives a popular song with a bang. Consequently, the kids adore the macarena and repeat its cheerful movements with undisguised joy.

There are a lot of clips on the Internet with children dancing famously to the incendiary hit Los Del Rio.

Similar training options. Most importantly, the choice must be made depending on the characteristics of the character of the little dancer. He may prefer school, a coach, and homework through watching educational videos.

Recommendation. Support children's endeavors. Macarena can grow from a small entertainment into a big interest in the dance industry.

What you may need

First of all, it must be said that no special actions and devices are required to start training. The dance is simple and unassuming. Enough:

Of course, you can invite relatives and friends and thus make a mini flash mob.

Surely such a carefree and cheerful dance appeared for a reason. People often lack smiles and drive in life. Therefore, it is great that it serves as a bright decoration of human everyday life.

How to Dance the Macarena (with Pictures)

Method One: The Classic Method It is even better to dance it in a group with those who have no sense of rhythm! Are you ready to remember the craziness of that time? It will be easy to impress your friends with macarena moves.